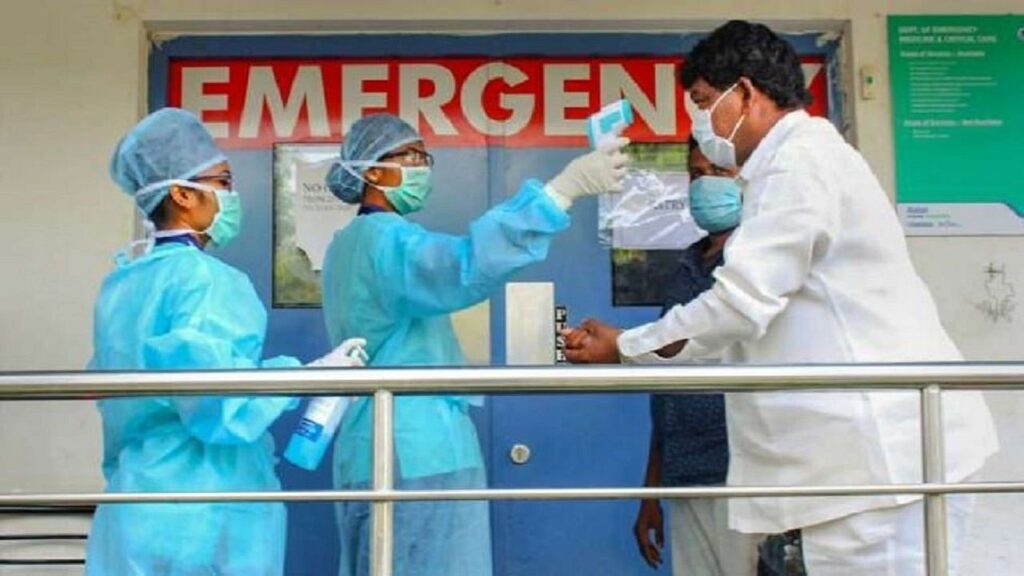 More than 400 health workers have been infected with corona in AIIMS, Delhi. These include more than 80 faculty and resident doctors. However, all of them had to be admitted to the new private ward of AIIMS.

Corona cases are increasing rapidly in the capital of the country, Delhi, on the same lines, due to corona infection in government hospitals, now the problem is increasing. At the same time, the situation in 17 hospitals out of more than 40 government hospitals in the capital is such that more than 2 thousand health workers have come under the grip of corona infection. According to sources, in the information collected from all the hospitals, it has been found that about 1200 doctors, 700 nurses and about 400 paramedical staff have been corona infected in the capital. Who are home isolated in their respective homes.

In fact, according to media reports, the Health Department official of the Delhi Government said that at present, the Health Department does not have any official data of infected health workers, but it is also assuming that apart from the government, there are large numbers of private hospitals and nursing homes. Health workers have been corona infected at the level. At the same time, talking about Delhi AIIMS (AIIMS), more than 400 health workers have been infected here. Sources reveal that these include more than 80 faculty and resident doctors. Out of which 35 health workers were found to have moderate symptoms. Due to this he had to be admitted to the new private ward of AIIMS.

Let us inform that a senior resident of Lady Harding Medical College, Central Government, located in New Delhi, said that more than 40 percent of the staff has been infected here. He said that 20 residents are infected in his batch itself and all have come under the grip of corona, not outside the hospital but in the premises itself. On the other hand, if we talk about Ram Manohar Lohia Hospital, then here too more than 35 percent of the residents and faculty members have been infected. Here 165 health workers got infected so far. Therefore, the hospital management has to issue the SOP.

Corona infected employees should have isolated themselves

At the same time, in the SOP issued on Monday, the management has clearly said that the health workers should isolate themselves only after getting symptoms. If you come in contact with anyone, then stay on duty for 14 days and during this time wear PPE kit and mask. However, after this, monitor the symptoms for 5 days and get tested. At present, this SOP has been issued due to the acute shortage of staff in the hospital.

Know that the situation is not normal here too?

It is worth noting that so far more than 200 health workers have been infected in Safdarjung Hospital, out of which 95 are said to be doctors. At the same time, Resident Dr. Manish told that from Faculty to Resident, Nurse are in the grip. In such a situation, like the Department of Obstetrics, in some departments, many employees have been infected. Apart from this, 45 in Loknayak Hospital, 85 in GTB, 92 in Ambedkar Hospital, Rohini, 135 in Hindurao Medical College, 40 in Dr. Hedgewar, 52 in Chacha Nehru Hospital, 35 in Rajiv Gandhi Super Specialty are infected. , Apart from these, more than 100 health workers are lying ill in the Jhajjar campus of AIIMS.

read this also: Delhi Weather: Chills will come more in Delhi, claims Meteorological Department – This week the temperature will drop by 6 degrees, cold will increase at night