Delhi: Charges framed against 10 people in the case related to Delhi riots, the court said – they wanted to create fear in the Hindu community. 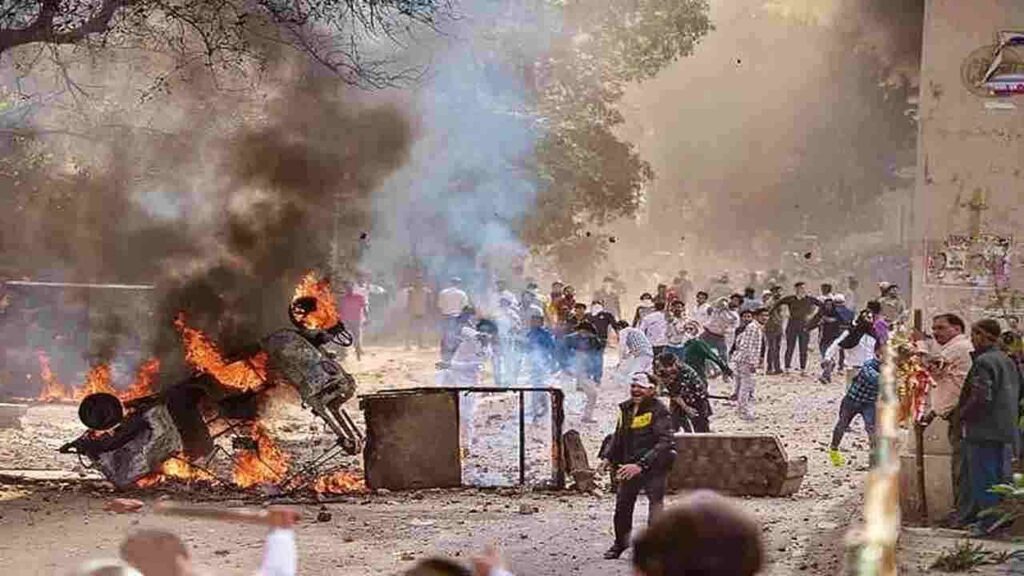 A local court has framed charges against 10 people in a case related to Delhi riots. The court also said that these people were members of an unlawful assembly, aimed at creating fear among the Hindu community and threatening to leave the country.

A local court has framed charges against 10 people in a case related to Delhi riots. The court also said that these people were members of an unlawful assembly, aimed at creating fear among the Hindu community and threatening to leave the country. According to the police, these 10 accused resorted to violence and loot and set fire to the properties of people of Hindu community in Bhagirathi Vihar area of ​​Gokalpuri area on 25 February 2020.

Relying on the statements of the witnesses, Additional Sessions Judge Virendra Bhat observed that the facts on record prima facie reveal that these illegal people were organized with an aim to create fear among the people belonging to the Hindu community and Intimidated to leave the country and for this set fire and looted.

this is the whole matter

The FIR was registered on the complaint of a person named Jagdish Prasad, who said that his son’s auto spare parts shop was burnt by the rioters. Prasad also claimed that the mob hurled a petrol bomb at the shop, due to which it got burnt. He also said that to save his life, he along with his two brothers ran from the back gate. Riots broke out in Northeast Delhi in February 2020 after violence between supporters and opponents of the Citizenship Amendment Act (CAA). 53 people died in the riots and more than 700 were injured.

Let us tell you, in the year 2020, the Delhi High Court had refused bail to an accused in a case related to the North-East Delhi riots. The court had said that this was a pre-planned conspiracy to disturb the law and order in the city and these incidents did not happen in a moment’s passion. Justice Subramaniam Prasad, while considering the bail plea filed by Mohammad Ibrahim, an accused in the case related to the alleged murder of Delhi Police head constable Ratan Lal, observed that CCTV cameras were systematically destroyed in the vicinity of the spot.

The court had observed that the riots that rocked the country’s national capital in February 2020 apparently did not happen in an instant and the conduct of the protesters present in the video footage, which has been kept on record by the prosecution, was clearly depicted. does. It was also said that it was a deliberate attempt to disturb the functioning of the government as well as disrupt the normal life of the people in the city.

read this also – Highest cases of corona in Delhi after 5 months, 85 new positives came in 24 hours; It had earlier received 93 cases on July 8.

With its small size, the asteroid is not at all a threat to BU Planet.…