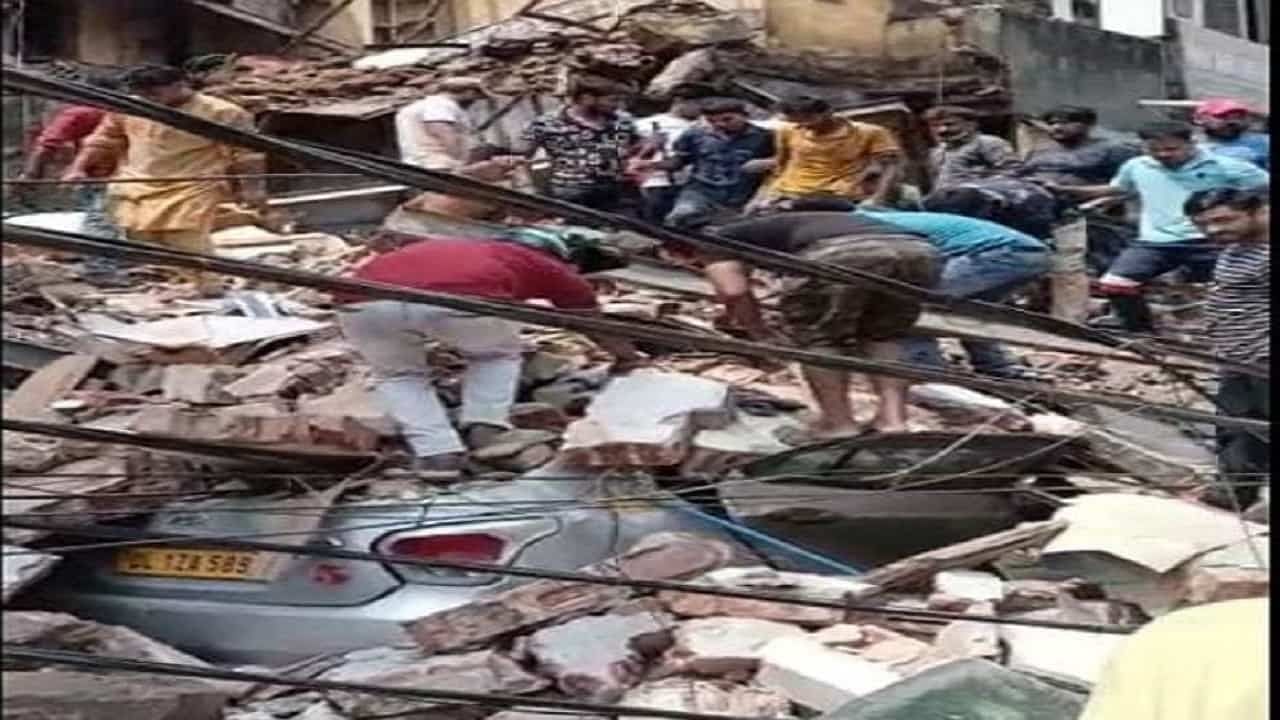 A 4-storey building has collapsed in the Sabzi Mandi area of ​​the capital Delhi. Due to which there has been an atmosphere of panic in the area. It is feared that several people may be trapped under the debris.

A 4-storey building has collapsed in the Sabji Mandi area of ​​the country’s capital Delhi. In such a situation, there is an atmosphere of chaos in the surrounding area. According to police officials, it is feared that many people may be trapped under the debris. This vegetable market is near Malka Ganj area of ​​Delhi.

Actually, this incident is from Malka Ganj area of ​​capital Delhi. Where a car has also come in the grip of this accident. During this, a crowd of local people has gathered on the spot. At the same time, rescue operation has been started with the help of police and local people. Where debris is being removed with the help of JCB.

The accident of building collapse in Sabzi Mandi area is very sad. The administration is engaged in relief and rescue work, through the district administration, I myself am monitoring the situation. https://t.co/WpTo6MBvxB

Rescued 1 person from the rubble and sent to the hospital

Please tell that this building in this vegetable market area was very old. At the same time, it has been raining continuously for the last 3 days. It is being told that the information about this accident has also been given to the Municipal Corporation. Apart from this, many fire engines are present on the spot. Police said that one injured has been rescued so far, but many more people may be trapped under the debris.

Let us inform that the sitting AAP MLA Dilip Pandey is reaching the spot. At the same time, the team of NDRF has reached to rescue.

read this also: Delhi Rain Update: Will not get relief now! There will be rain in many areas even today, IMD issued heavy rain alert for the whole week

BCCI refutes the report of Virat Kohli leaving the captaincy, saying – he will be in command in all formats

Due to a decision of the government, Baba Ramdev’s company made investors earn, profit of more than 1000 crores