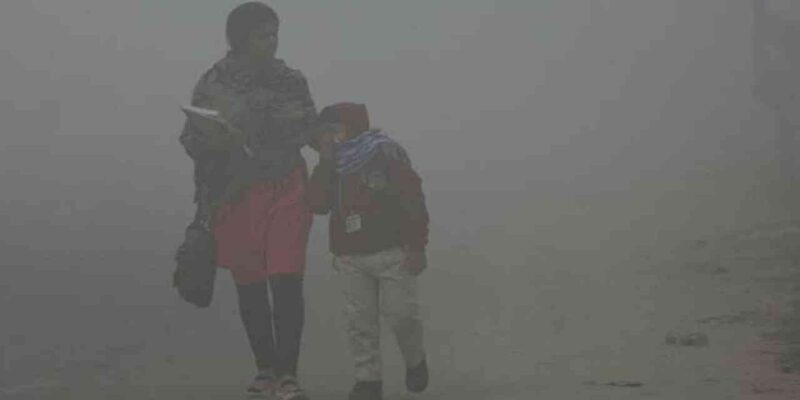 Children are suffocating due to air pollution in Delhi. (File Photo)

In this study, scientists have conducted a detailed health survey of 413 children in the age group of 14-17 years in the national capital. A study by TERI states that the air of Delhi has high concentration, which is pushing Delhiites especially children towards respiratory diseases and heart diseases. This study has been done to find out the conditions of air pollution in six cities of India. This includes Delhi, Ludhiana, Patiala, Panchkula, Visakhapatnam and Jaisalmer.

Explain that some of these metals were extremely toxic to human health and regular exposure to it can have fatal health consequences. TERI Associate Fellow (Environment and Health) Kanhaiya Lal said PM 2.5 level in your city is less than 60 ug/m3 which is considered an acceptable standard, but if there is a high concentration of toxic metals in the air, then it will be less than 60 ug/m3. Your health is at risk.

An increase in the amount of cadmium and arsenic in the air can over time increase the risk of cancer, kidney problems and high blood pressure, diabetes and heart diseases. According to experts, the primary source of metals in Delhi’s air is vehicular congestion and fumes from industrial operations in neighboring states. According to the study, especially in the winter season, there are dangerous metals in the air, which causes breathing problems. Not only this, the complaints of red skin rashes in the morning, asthma and cough with phlegm also come to the fore in children.

–Inside Story: Delhi Police lightened by the decree issued by ‘Babu’ in the name of DCP! You will be shocked to know the reality