Decriminalizing stubble burning is a delayed justice, late but right 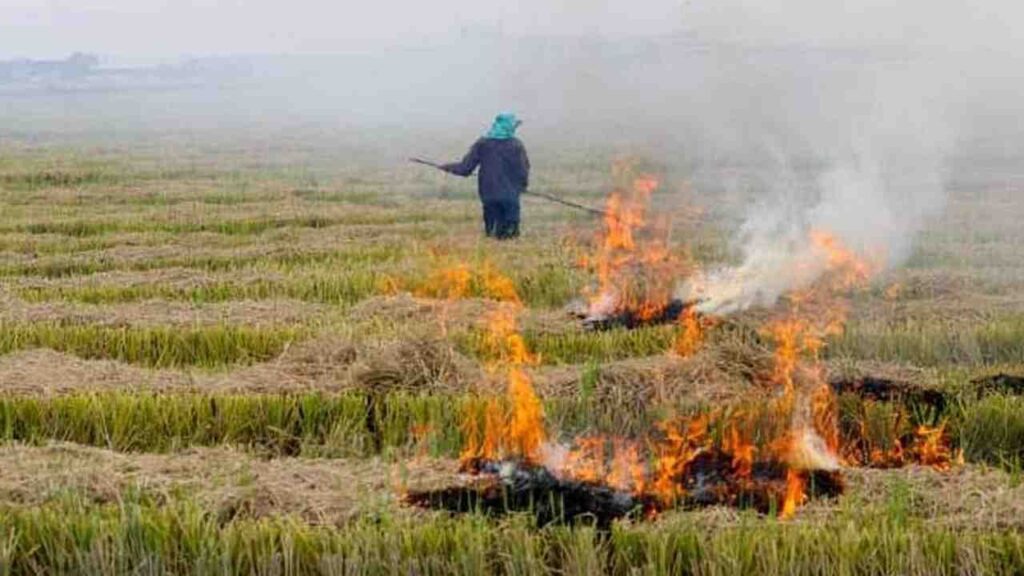 Stubble burning is no longer a crime. (File Photo)

After withdrawing the agricultural laws, now the central government has said that stubble burning will not come under the category of crime in the country. On Saturday, Union Agriculture Minister Narendra Singh Tomar made this announcement and accepted this demand as one of the big demands of the farmers’ organizations. It is known that the National Green Tribunal had banned the burning of crop residues on 10 December 2015 and legal action was taken against the farmers who used to burn stubble. If caught burning stubble, a fine of Rs 25,00 was imposed for up to 2 acres of land, Rs 5,000 for 2 to 5 acres of land and Rs 15,000 for more than 5 acres of land.

One of the few demands of the agitating farmers during the farmers’ movement was that stubble burning should be kept out of the category of crime. However, this decision of the government is welcome, because the contribution of straw in the air pollution in Delhi is only 6 percent. Because industry accounts for 27% of Delhi’s air pollution. 25 percent is due to dust and 24 percent is from transport. These three things are most responsible for air pollution in Delhi.

How much pollution does stubble burning cause?

The report of the System of Air Quality and Weather Forecasting and Research states that the contribution of stubble is only 6 percent of the air pollution in Delhi at present, so the pollution of Delhi’s air cannot be attributed only to stubble burning by farmers. Is. However, if we look at the report of the central government, then this year compared to 2020, the incidents of stubble burning have also been seen very less. In fact, from 15 September to 1 November this year, stubble was burnt at 20729 places in Punjab, Haryana, Uttar Pradesh, Rajasthan and Madhya Pradesh. This number is about 54.8 percent less than the year 2020. In the past, the Supreme Court had also said that when it has been claimed in the report of the Central Government that the contribution of stubble in Delhi’s pollution is less than 10 percent, then why this issue is raised so much. Whereas institutions and governments should pay special attention to those issues, due to which the air of Delhi is becoming more toxic.

The issue of stubble was heavily politicized

Delhi has the highest air pollution due to these reasons

At present, the situation in the country’s capital Delhi is very serious in terms of air pollution. Due to low temperature and slow winds, the air pollution level in Delhi remained in the severe category on Saturday and the Air Quality Index was recorded at 386 on this day. The Delhi government has banned the entry of trucks in the capital till December 3 to reduce pollution. However, the air quality monitoring agency of the Ministry of Earth Sciences SAFAR has said that the AQI is expected to improve from November 29 due to the increase in wind speed. On Saturday, Delhi’s AQI stood at 386. On the other hand, it was recorded 423 in Faridabad, 378 in Ghaziabad, 386 in Greater Noida, 379 in Gurgaon and 394 in Noida, which comes in the poor category.

Mann ki Baat: Nature poses a threat to us only when we disturb its balance- PM Modi