Data Moshay: 35 seats will be contested in the last phase, 42% Muslim and 17% SC voters will decide

In the 2016 assembly elections, the ruling Trinamool Congress (TMC) won 17 of these 35 seats. The Congress was victorious on 13 and the Bharatiya Janata Party (BJP) on 1, the Communist Party of India (Marxist) on 3 and the Independent candidate on 1.

Remedesvir distributed to all states and union territories till May 16: Union Minister Sadanand Gowda

Polling will be held in Malda (6), Murshidabad (11), Kolkata (7) and Birbhum (11) seats in this phase. However, on May 16, the Election Commission has announced to vote, due to the death of the candidate due to corona in two assembly constituencies Jangipur and Shamsherganj. In the 2016 assembly elections, the ruling Trinamool Congress (TMC) won 17 of these 35 seats. The Congress was victorious on 13 and the Bharatiya Janata Party (BJP) on 1 and the Communist Party of India (Marxist) on 3 and the Independent candidate on 1.

Three years later, the scenario changed a lot in the 2019 Lok Sabha elections. TMC had an edge in 19 assembly segments in this election, but BJP was ahead in 11 areas. The Congress was able to establish a lead over rivals in 5 constituencies, but the CPI (M) could not lead in any constituency.

According to TV9 Election Intelligence and Research Wing’s analysis of the ruling party’s candidate list, TMC in Malda was trailing 5 out of 6 seats in the year 2019. The party changed 4 candidates from its list in 2016. In Murshidabad district, TMC was trailing in 3 of the 11 seats in this phase of elections. The party has changed 9 candidates. Out of 7 seats in Kolkata, Mamta Banerjee’s party was behind in 2 seats and the party has changed one candidate. 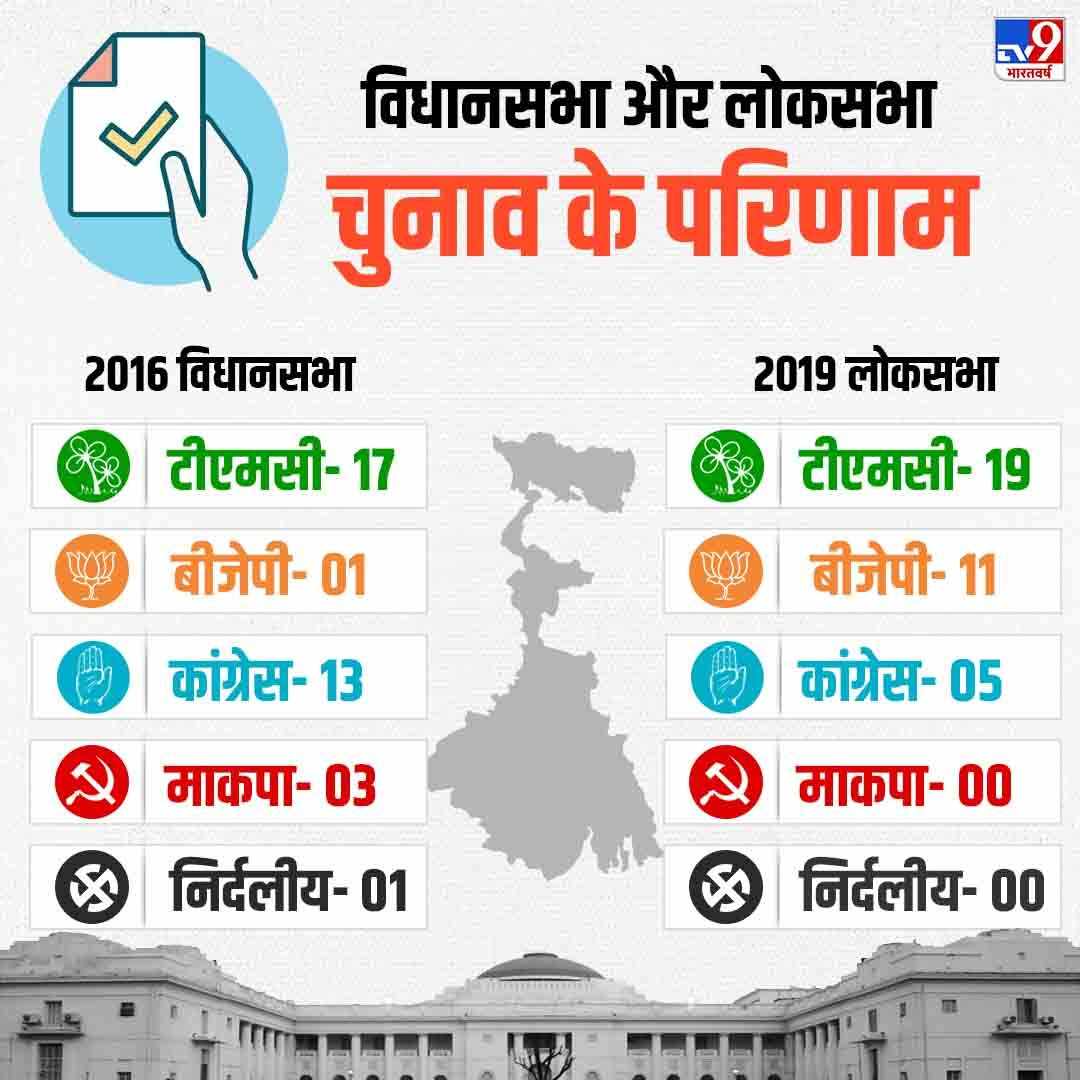 As per the voting pattern in the 2019 Lok Sabha elections, TMC was behind its rivals in 5 of the 11 seats in Birbhum district. The party has changed 7 candidates in the list of 2016. TMC has turned into 21 candidates to counter anti-incumbency and improve its prospects. 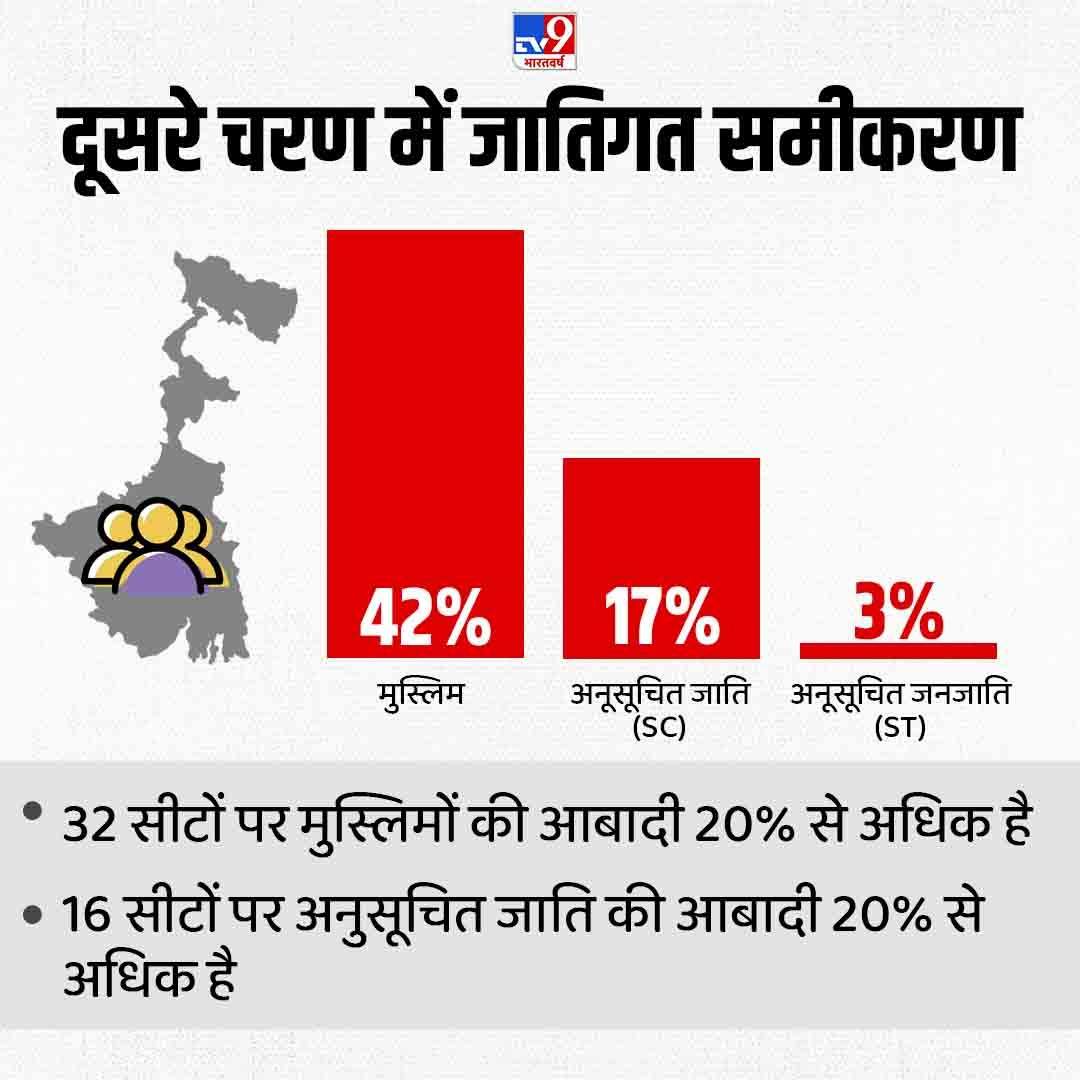 TMC’s strategy is also clear at this stage. The party is trying to consolidate Muslim votes. The party hopes that it will help defeat the BJP. The party is completely dependent on heavyweight leader Anubrata Mandal in Birbhum district. TMC is contesting for 7 seats in Kolkata. Here heavyweight and popular leaders of the party have been made candidates. For example, TMC candidate for Belagachia seat is Kolkata Deputy Mayor Atin Ghosh. At the same time, TMC candidate minister Shashi Panja is a prominent face in the party on the Shyampukur seat.

The CPI-Congress-ISF alliance in Murshidabad district, home of Congress-Lok Sabha leader Adhir Chaudhary, is expecting good results. The Congress is also trying to garner some votes in its traditional stronghold of Malda district, which once used to be the stronghold of Union Minister ABA Gani Khan Chaudhary. 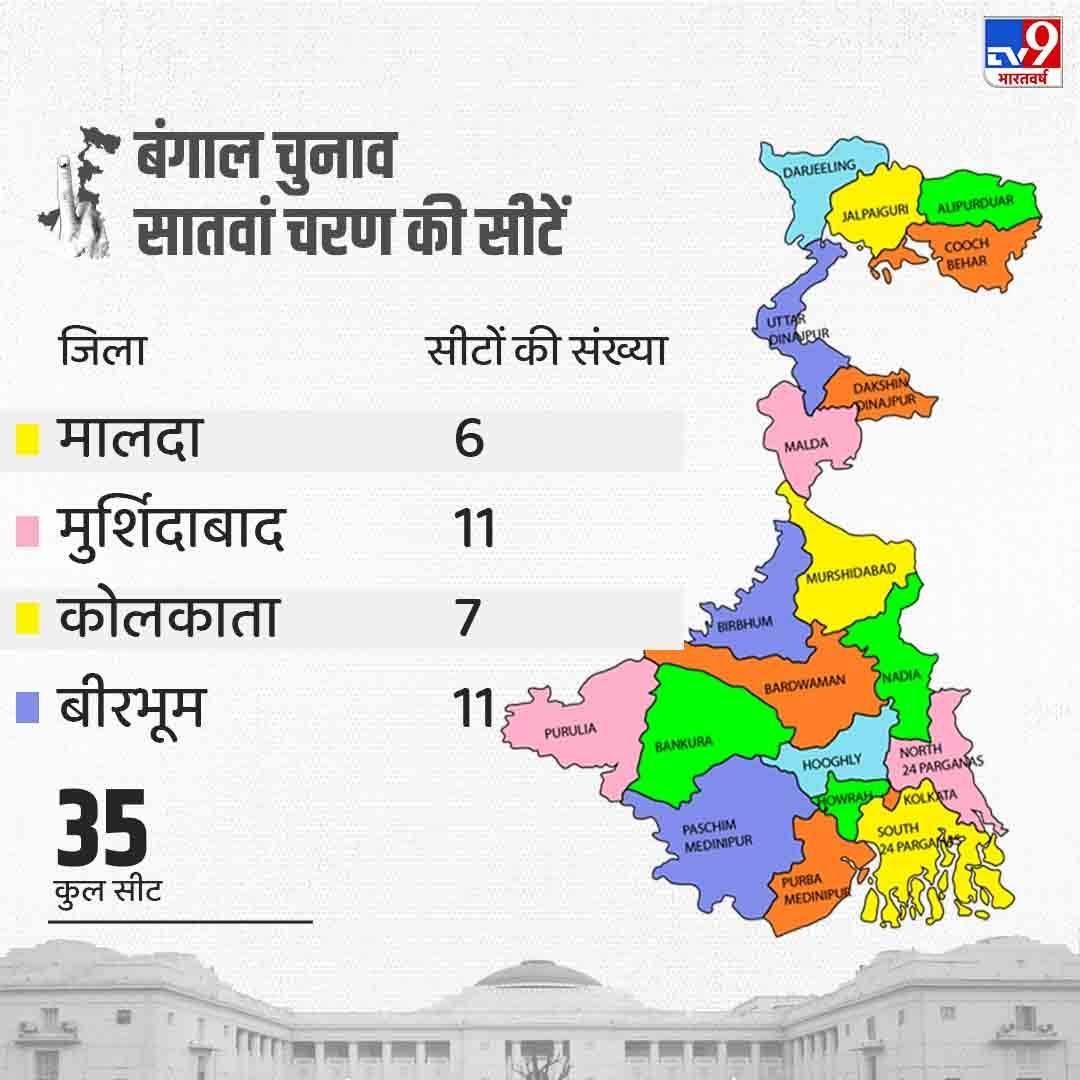 In the final analysis, in the two seats of Malda which are predominantly Muslim, there is a possibility of a close fight between the TMC and the Congress, while the BJP can benefit in the other 4 seats. The fight in Murshidabad is between the TMC and the alliance. Although TMC is likely to gain. In Kolkata, the ruling party’s edge is visible, but in Birbhum there is a fight between TMC and BJP.