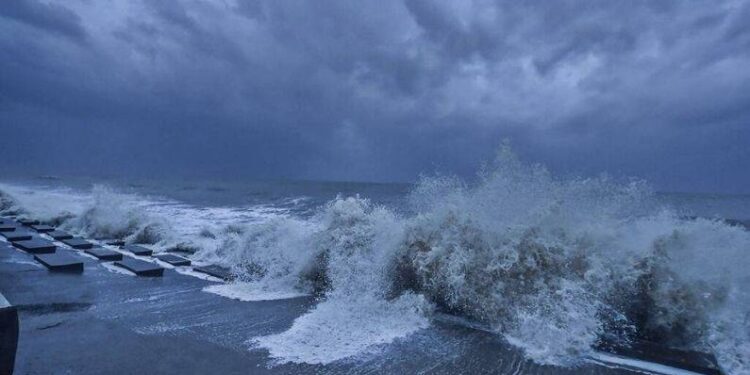 Special Relief Commissioner PK Jena, who attended the review meeting of the Chief Minister, informed that Rs 66 crore is required for the relief operation.

Special Relief Commissioner PK Jena, who attended the review meeting of the Chief Minister, informed that Rs 66 crore is required for the relief operation. In this regard, an official said that the assessment of the damage will be submitted to the central government. He said that Jena informed the meeting that 150 villages were submerged due to high waves in the sea during the cyclone.

At the same time, earlier Prime Minister Narendra Modi announced financial assistance of Rs 1000 crore for the “Yas” affected Odisha, West Bengal and Jharkhand and said that the central team will visit the three states and assess the damage. Along with this, he had announced a compensation of two lakh rupees each for the families of those killed in different parts of the country due to this cyclone and 50-50 thousand rupees for the injured.

‘Central government stands with the people in this hour of crisis’

A statement issued by the Prime Minister’s Office (PMO) said, “Modi announced a financial assistance of Rs 1000 crore for immediate relief activities. 500 crore will be given to Odisha immediately. The remaining Rs 500 crore has been announced for West Bengal and Jharkhand, which will be released on the basis of loss. Will assess the damage and submit its report to the Centre. On the basis of this further financial assistance will be given. On this occasion, the Prime Minister had assured that the Central Government stands with the people of Odisha, West Bengal and Jharkhand in this hour of crisis. Along with this, every possible help will be given in the restoration of resources and other works in the affected areas.

The Prime Minister had emphasized on further strengthening of scientific management for disaster-like situations and underlined the importance of building trust among the people for better coordination of relief and rescue efforts. The Prime Minister appreciated the efforts of the Odisha government to minimize loss of life and property due to the cyclone and expressed happiness that it is working on a long-term plan to control such disasters.

read this also- Weather alert for farmers: Monsoon will reach Kerala on June 3, there is no chance of rain in Bihar-UP