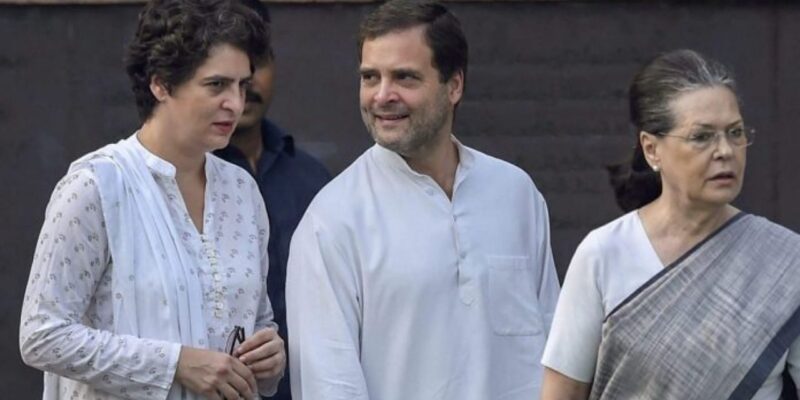 An important meeting of the Congress Working Committee ie CWC is going to be held on the coming Saturday, in which the name of the new president of the party is likely to be discussed. This meeting has been called on the demand of senior leader Ghulam Nabi Azad. Azad had recently written a letter to the party’s interim president Sonia Gandhi and demanded a meeting of the CWC. Several leaders of the party, including Azad, have been continuously demanding for the last 14 months that the party needs a permanent president. Along with this, he also demanded that internal elections should be held in the party so that the elected leaders can be given a chance on important posts. In August last year, a letter was written which was signed by 23 leaders, now known as G-23.

Azad came to be seen as the leader of the G-23 faction. Since the G-23 under his leadership dared to demand elections in the party, Azad got his punishment. First he was removed from the post of party general secretary and after some time his Rajya Sabha membership also kept going. Azad’s tenure as a Rajya Sabha member ended on February 15 and the party did not nominate him from any state. But after the crushing defeat in the assembly elections of five states in the month of June, the controversy on the question of leadership started increasing again.

Who will be the new President of Congress Party?

Sonia Gandhi took over as the interim president in August 2019. Rahul Gandhi had resigned from the post of president after the party’s humiliating defeat in the Lok Sabha elections. It was expected that Sonia Gandhi would take charge of the party only till the new president was elected and elections would be held in the party soon. But the election was postponed for one reason or the other.
The CWC, which is the supreme committee of the Congress party, has the right to remove the party president from his post and elect another as the new president. It is mandatory for the All India Congress Committee (AICC) to confirm the appointment of the President nominated by the CWC. It is expected that the leadership dispute will be resolved in the CWC meeting on Saturday. It is a matter of who will be the new president of Congress party? There is no scope for any doubt in this that once again in the CWC meeting, a decision will be taken to hand over the post of President to Rahul Gandhi.

This is not because a non-Gandhi leader does not have the capacity to become the president, but because the Gandhi family does not want to weaken their hold on the party. In 1998, when Sitaram Kesari was removed from the post of president illegally, Sonia Gandhi was made to sit on that chair, first Sonia Gandhi was the party president for 19 consecutive years and in 2017 Sonia handed over the chair of the chair to her son Rahul Gandhi. Gave. The party is running under the leadership of Gandhi family for 23 years. During this both the rise and fall of the party was seen. It also has that golden chapter of ten years, when the coalition government led by the Congress Party ran from 2004 to 2014 at the Center and then the dark chapter when the party was badly defeated in the Lok Sabha elections twice in a row and the party collapsed. Congress party kept losing elections in one state after another. There was a time when there was a government of the Congress party in the whole country and now the government of the Congress party is limited to only three states. Most importantly, the future of the party looks bleak in the present circumstances.

The party’s well wishers were sidelined

It was unfortunate that the leaders who wanted the good of the party, who were talking about giving a chance to the new leadership by conducting internal elections, were sidelined in the party. Sonia Gandhi remained the interim president in name only and Rahul Gandhi kept taking all important decisions.
According to the Congress constitution, the CWC can have a maximum of 25 members, out of which there is a provision to elect 12 in the AICC session and the remaining 12 members are nominated by the party president. That is, the Congress President gets a majority in the CWC at any time. The election of the CWC has not been held for the last almost 30, whereas the last election for the post of president through voting was held 21 years ago. At present, there are 19 more members in the CWC besides Sonia Gandhi, including Rahul and Priyanka, both Sonia Gandhi’s children. All CWC members are nominated by Sonia Gandhi and all have more loyalty to the Gandhi family than to the Congress party. Of these, there are only three members including Azad who are counted in the G-23. The rest are leaders loyal to the Gandhi family. In such a situation, there is no question of CWC electing a non-Gandhi president unless the Gandhi family has the will.

Yes, the possibility cannot be ruled out that the CWC should also ensure that in future also no non-Gandhi becomes Congress President, Priyanka Gandhi can be promoted and she can be made Vice President of Congress.

Important news for fish farming, read here the diseases and treatment related to them

Such a dangerous accident happened while driving a drunk car, suddenly changed the whole life of the person