Cryptocurrency: Why did PM Modi intervene? 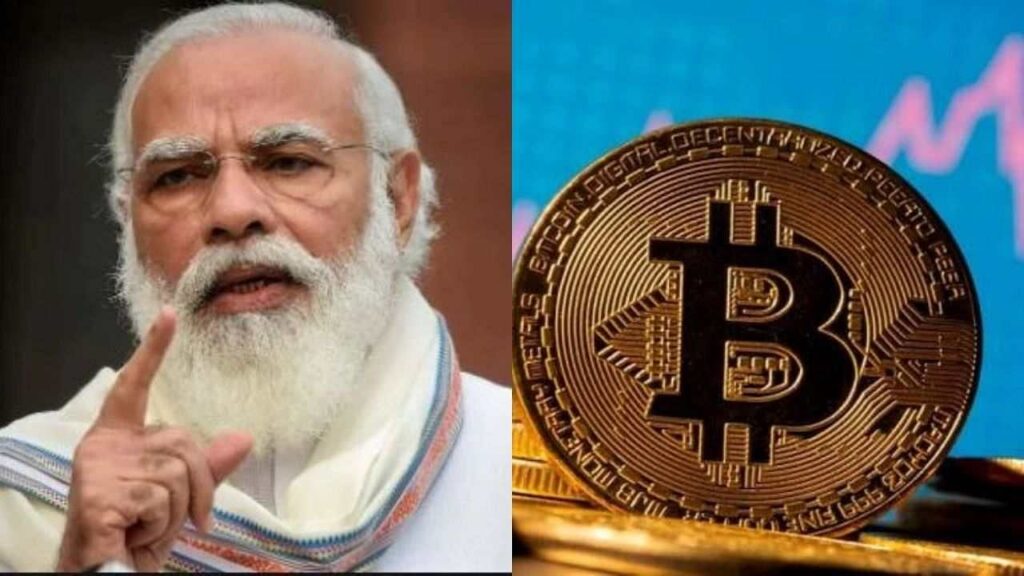 The central government is going to take concrete steps regarding cryptocurrency?

Today’s young generation wants to become rich fast. Without knowing how dangerous is the way to get rich fast. Nowadays people with cryptocurrencies are working to make people rich faster. Every day you see many such non-transparent advertisements on the Internet and on TV channels, in which the youth are misled by making false promises. But now this may not happen in India. Because the Prime Minister of India, Narendra Modi has chaired a meeting related to these issues on Saturday and the news that has come out of this meeting is comforting. Because in this meeting it has been decided that action will be taken on the way in which the younger generation is being misled through false promises and non-transparent advertisements being made about cryptocurrencies.

Secondly, this meeting of the Prime Minister has taken place after the joint consultation process of the Reserve Bank of Finance Ministry and the Ministry of Home Affairs. In which these ministries discussed this with experts from all over the world regarding cryptocurrencies. In this meeting chaired by the Prime Minister, it has been decided that this temporary cryptocurrency market cannot be allowed to be used for money laundering and terror funding.

Central government is going to bring a bill regarding cryptocurrency

The cryptocurrency market in India is booming. Youngsters are pouring money into it without even having a basic understanding of cryptocurrencies to get rich quickly. That too when the Reserve Bank has tried to stop buying and selling of cryptocurrencies through the back door. It is reported that the Indian government may soon bring a bill to regulate this crypto trade. In the meeting chaired by Prime Minister Narendra Modi on Saturday, all the concerns related to this virtual currency market were put forward. And what stand India will take on this in future was also considered. The central government had earlier this year planned to introduce a bill to regulate cryptocurrency trades. But at the moment it is not available. However, looking at the signs now, it is expected that a bill for cryptocurrencies can be introduced in the coming winter session.

Cryptocurrency will not be completely banned

China has completely banned cryptocurrency in its country. But India is not thinking of banning it completely at the moment. The government is definitely understanding the dangers associated with cryptocurrencies. But to deal with it, she is not going to ban it. Rather, the government is thinking of taking proactive steps regarding this. That is, an attempt is being made to find a middle way. In fact, the information that came out after the meeting of Prime Minister Narendra Modi shows that during the meeting it was also emphasized that some progressive steps should be taken regarding cryptocurrency and its future.

Some steps will be taken against the dangers of cryptocurrencies

The Indian government may not ban cryptocurrency completely in India, but it has a full eye on the dangers caused by it. For example, from money laundering or funding terrorist incidents to hiding the illegal earnings of drug mafia, it is also being used globally. That is why the Reserve Bank, including the central government and different ministries, is also taking advice from well-known experts of the world to deal with these threats. According to the news that came out from the meeting chaired by Narendra Modi, it is estimated that in the coming times, the Government of India should try to bring profits from cryptocurrencies under the tax net. If this happens, then it will help in reducing the threats like money laundering and terror funding.

There was a recent report by Broker Discovery of Comparison Platform ‘BrokerChoose’, which said that India ranks third in the world after US and Russia with more than 100 million crypto owners. With this, the total number of crypto searches in India is around 36 lakhs. Whereas India has got 4.39 out of 10 in Crypto Awareness Score. In this case, Ukraine tops with 7.97 points. It is followed by Russia, USA, Kenya, South Africa and UK.

Think of it like this that in the last 12 months, India is the seventh most crypto aware country on the basis of total global searches, number of crypto owners, global crypto adoption index and many other factors. India has left behind countries like Australia, Singapore, Canada, France, Germany and Japan in this matter. However, India also has to become more aware. Because cryptocurrencies are not as easy as they seem.

Ahead of the final match of T20 World Cup 2021, see the playing XI of Australia and New Zealand!