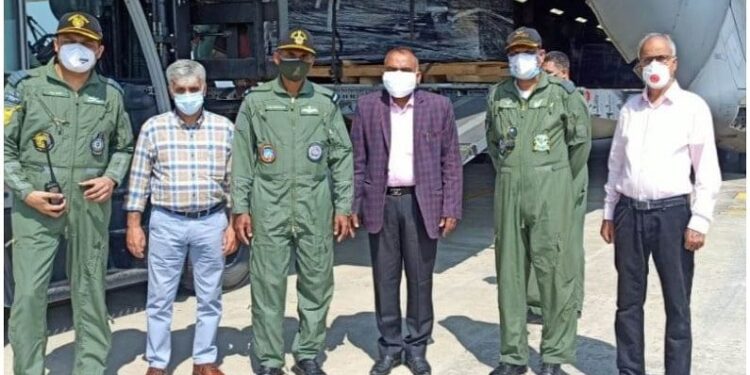 The Jammu and Kashmir government on Monday received a new consignment of nine medical oxygen production concentrators from Germany, which arrived in India as an aid at the Srinagar airport. The European-made state-of-the-art Pressure Swing Absorption (PSA) oxygen generation concentrator was airlifted from Frankfurt, Germany by a C-17 cargo aircraft of the Indian Air Force on June 5 and delivered on Monday morning.

Sinha said, “I express my gratitude to the Hon’ble Prime Minister for his continuous efforts to look after the health and well being of the people of Jammu and Kashmir. We aim to augment the medical supplies in the Union Territory to meet any health emergency in future.”

According to the information received, this oxygen concentrator found as a help has the capacity to produce 4,000 liters of oxygen per minute. Of these, five new plants will be set up in hospitals in Kashmir, while the other four with a production capacity of 4,400 liters per minute will be set up in hospitals in Jammu. At present, there are 40 oxygen production concentrators in Jammu and Kashmir. With the addition of nine new ones, the availability of medical oxygen in the hospitals of the Union Territory will exceed 60,000 liters per minute.

read this also: Mehul Choksi: Harish Salve, who is advising the central government in Mehul Choksi case, may appear for India in Dominica