Covid-19 India: Less than 1 lakh new cases in the country for the third consecutive day, 6,148 deaths were recorded in a day due to revision in the figures of Bihar 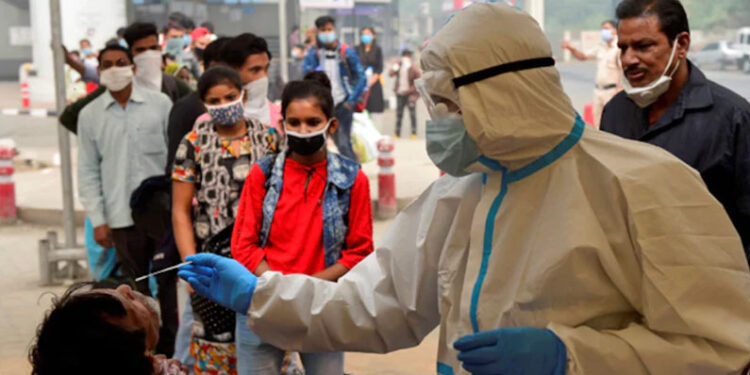 The new deaths reported also include the figures revised by the Bihar government. The state health department revised the figures on Wednesday, taking the death toll in Bihar to 9,429 from 5,458 on Tuesday. 3,951 new deaths have been added in the amendment, due to which the number of new deaths in the country has crossed 6 thousand. However, the state government did not say when these additional deaths occurred.

So far 24.27 crore vaccine doses have been administered

The Health Ministry said that the weekly positivity rate in the country has come down to 5.43 percent. At the same time, the infection rate in the new cases that came today was 4.69 percent. This is the 17th consecutive day, when the positivity rate has been registered below 10 percent. On Wednesday, 20.04 lakh samples were tested across the country. According to the Indian Council of Medical Research (ICMR), more than 37.21 crore samples have been tested so far in the country.

Also Read – Good News for CoWIN Portal Users! You can be blocked after more than one thousand searches and 50 OTPs in 24 hours