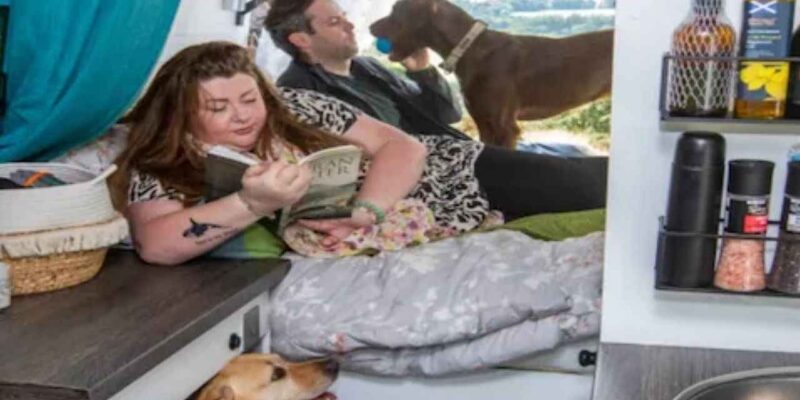 Abandoned the home of crores to live in the van

If someone talks about leaving a bungalow worth crores and shifting to a van, what will you say? Something similar has been done by a couple from Scotland. The couple is now living in a van, leaving their luxurious 12-room bungalow. Now his life is being cut while roaming on the road. Let us know why this couple took such a tough decision.

Scotland’s 28-year-old Victoria McDonald and 32-year-old Scott Ross once lived in a mansion of 15 million. This couple sold their house this year and bought a van and are now living in it. The couple says that they are enjoying a lot in spending their lives roaming the streets.

Victoria and Scott bought a luxurious bungalow in Cruden Bay five years ago for one lakh pounds, or about 1.5 million. Victoria worked in the oil and gas industry, while husband Scott worked in a Holiport company. Victoria and Scott say both were fed up with the pressures of the profession. During this he went into depression. So he left everything and made up his mind to do something different. He first sold his house and bought a van for himself.

The couple spent lakhs on this van to make it livable and now their life is going on in this. This van is awesome too. It has all the facilities that a house should have. The van has arrangements ranging from a wonderful kitchen to a solar powered shower.

It is worth noting that this couple, who are fond of traveling, have now made it their business. After making the van their home, the couple has now opened a marketing travel company. Both do its work online. The couple says that they are able to work from the van anywhere, at any beautiful place. Victoria tells that now she does not even have to take depression pills. This couple has left the job of 9 to 5 and has started living life according to their mind.