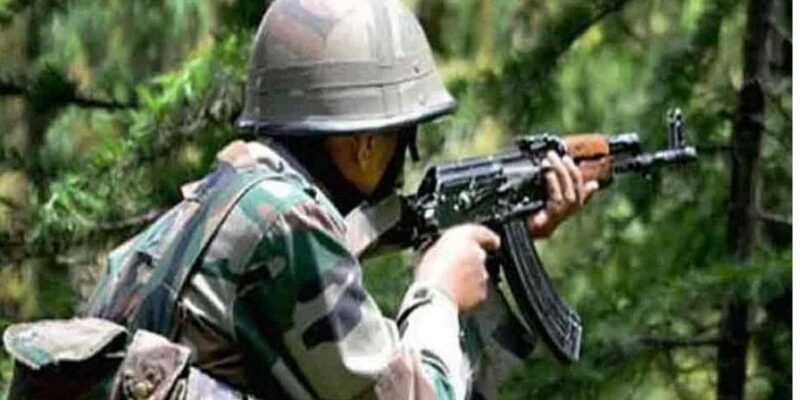 Firing took place on Thursday evening from both sides in the ongoing encounter between terrorists and security forces in Nar Khas Forest, Mendhar subdivision of Poonch district in Jammu and Kashmir as part of counter terrorist operation. During this, a Junior Commissioned Officer (JCO) and a jawan were seriously injured. The Indian Army said that the operation is still going on. Tight security arrangements have been made in the area regarding the encounter.

In fact, according to the information received from the sources, the security forces had received the news of the presence of terrorists in the Poonch sector. After which the army personnel reached there and started the search operation. During this, firing was started on the army from the terrorists. During this anti-terrorist operation, a Junior Commissioned Officer (JCO) and an Army jawan were injured in the encounter.

Earlier too, a Junior Commissioned Officer (JCO) and 4 Army personnel were martyred in an encounter during an anti-militancy operation in Poonch district. Along with this, there was an encounter between security forces and terrorists in Anantnag district, in which one terrorist was killed by the army. A police official said that after getting information about the presence of terrorists, the security forces started a cordon and search operation at Khagund in Verinag area of ​​the district.

In fact, after the killing of minorities in the valley by terrorists, the army has intensified the search operation. In a recent encounter, a terrorist was killed by the army, while a Pakistani terrorist escaped. In this episode, on Sunday, the Jammu and Kashmir Police arrested 4 associates of terrorists involved in the conspiracy to kill Mohammad Shafi Lone last week.

read this also: ‘Attack on borders is not tolerated – if Pakistan does not improve then it can do surgical strike’, warns Amit Shah

read this also: Women have been fighting against masochism in Kuwait for three decades, so give the credit of their recruitment to the army, not to the government.

Security of NCB officer Sameer Wankhede, probing the tightened drugs case, along with increasing the number of bodyguards, the vehicle also changed

Study Room Vastu: Due to these Vastu defects of study room, children do not feel like studying, remove them in time