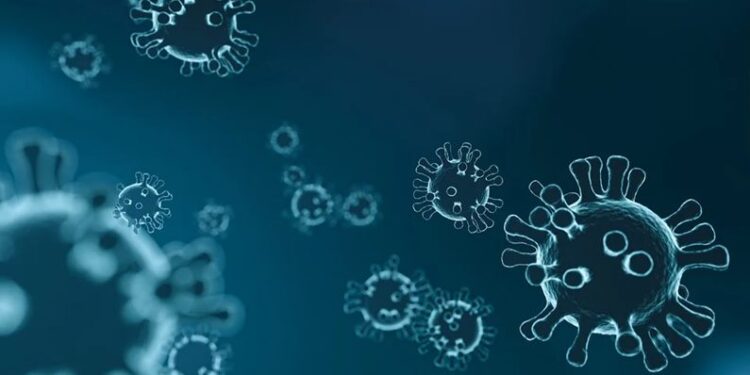 After 223 new cases of coronavirus were reported in Arunachal Pradesh on Monday, the total number of infected people has increased to 29,336. State Surveillance Officer (SSO) Dr. Lobsang Jampa said that due to the death of two more people due to infection, the number of deaths due to corona in the state increased to 125. Jampa said that 3,593 patients of corona are being treated in Arunachal Pradesh. At the same time, after the recovery of 381 more patients, the number of people who have been cured of corona in the state so far increased to 25,618.

The recovery rate of patients in the state is now 87.33 percent and the infection rate (positivity rate) is 3.87 percent. Jampa said that 88 cases came from Capital Complex area, 34 from Papumpare, 28 from Changlang, 11 each from Upper Subansiri and Lower Siang, rest of the cases came from other districts. The official said that out of the new cases, 215 cases came out in ‘Rapid Antigen’ test, three RT-PCR and seven ‘Trunat’ test. He said that a total of 6,30,180 corona tests have been conducted in the state on Sunday, including the investigation of 5,758 samples.

Most active cases in the Capital Complex area

Itanagar, Naharlagun, Nirjuli and Bandardeva areas come under the Capital Complex area. Most active cases (690) are in this area. 368 patients are being treated in Tawang. Meanwhile, State Immunization Officer Dr. Dimong Padung said that since the vaccination campaign started in January, so far 3,82,064 people have been given corona vaccine in the state. A total of 1,46,470 doses of the vaccine were available in the state on June 6, out of which 1,29,730 doses were supplied by the central government and 16,740 doses were procured by the state government from Serum Institute of India.

In view of the increase in corona cases, the state government has extended the full lockdown for Tawang and Upper Subansiri districts till June 12. At the same time, the number of new cases of corona infection in the country is continuously decreasing. Today, the lowest 1,00,636 new cases have come in the last 61 days. The mortality rate from COVID in the country is 1.20 percent and the recovery rate is 93.94 percent. The number of active cases has also come down to 14 lakh.

According to the Ministry of Health, so far 3,49,186 people have died due to COVID in the country. In this, more than 1 lakh people have died in Maharashtra alone. On Sunday, Tamil Nadu reported the highest number of infections at 20,421, Kerala at 14,672, Maharashtra 12,557 and Karnataka 12,209. The number of active cases in these four states is 8,44,974, which is 60 percent of the total active cases in the country.

read this also – Coronavirus: IMA wrote a letter to PM Modi, saying – strict action should be taken against those who spread misunderstanding against corona vaccination