Corona vaccine will be delivered through drones in Andaman and Nicobar, Manipur and Telangana, ICMR gets approval 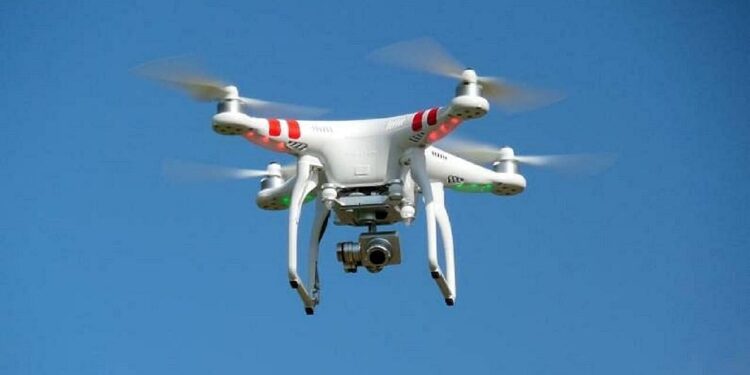 A statement issued by the ministry said that ICMR has been given permission to use drones at altitudes up to 3,000 meters for the distribution of vaccines.

ICMR gets approval for use of drones

The Civil Aviation Ministry said on Monday that it has given conditional approval to the Indian Council of Medical Research (ICMR) for the use of drones for the delivery of vaccines to remote areas in the Andaman and Nicobar Islands, Manipur and Nagaland. A statement issued by the ministry said that ICMR has been given permission to use drones at altitudes up to 3,000 meters for the distribution of vaccines.

Two days ago, Union Civil Aviation Minister Jyotiraditya Scindia launched the first of its kind ‘Medicines from the Sky’ project in Telangana’s Vikarabad under which medicines and vaccines will be supplied with the help of drones. As a pilot project, this scheme has been started in 16 green zones of Telangana. Later, based on the data, it will be started in the whole country.

The Union Minister said that after three months the data of this projector will be analyzed. After that the Ministry of Aviation, Ministry of IT, Ministry of Health, State Government and Center together will prepare a model for the whole country. He said that today is a very revolutionary day not only for Telangana but for the entire country. Due to the leadership of Prime Minister Narendra Modi, this drone policy was prepared and then it has been launched today.

The Indian Institute of Technology (IIT) Mumbai has also received conditional permission to use drones for research, development and testing purposes on its campuses, the statement said. Both IIT and ICMR have been given conditional exemption under the Drone Rules, 2021. It said that this permission will be valid for one year from the date of approval or till further orders.

Center has given many exemptions in the new drone policy

Jyotiraditya Scindia said that the NDA government has given many exemptions in the new drone policy. Due to this, the use of drones in the country will now become a commodity. Earlier, 25 forms had to be filled to operate the drone, but now only five forms have to be filled. At the same time, 72 types of fees had to be paid for using drones, but now only four types of fees have to be paid. At the same time, no permission is required to fly a drone in the green zone. However, flying drones in the Red Zone is completely prohibited.

‘Facilitations should be given to those who want to go out of Afghanistan’, said External Affairs Minister S Jaishankar in the high level meeting of the UN