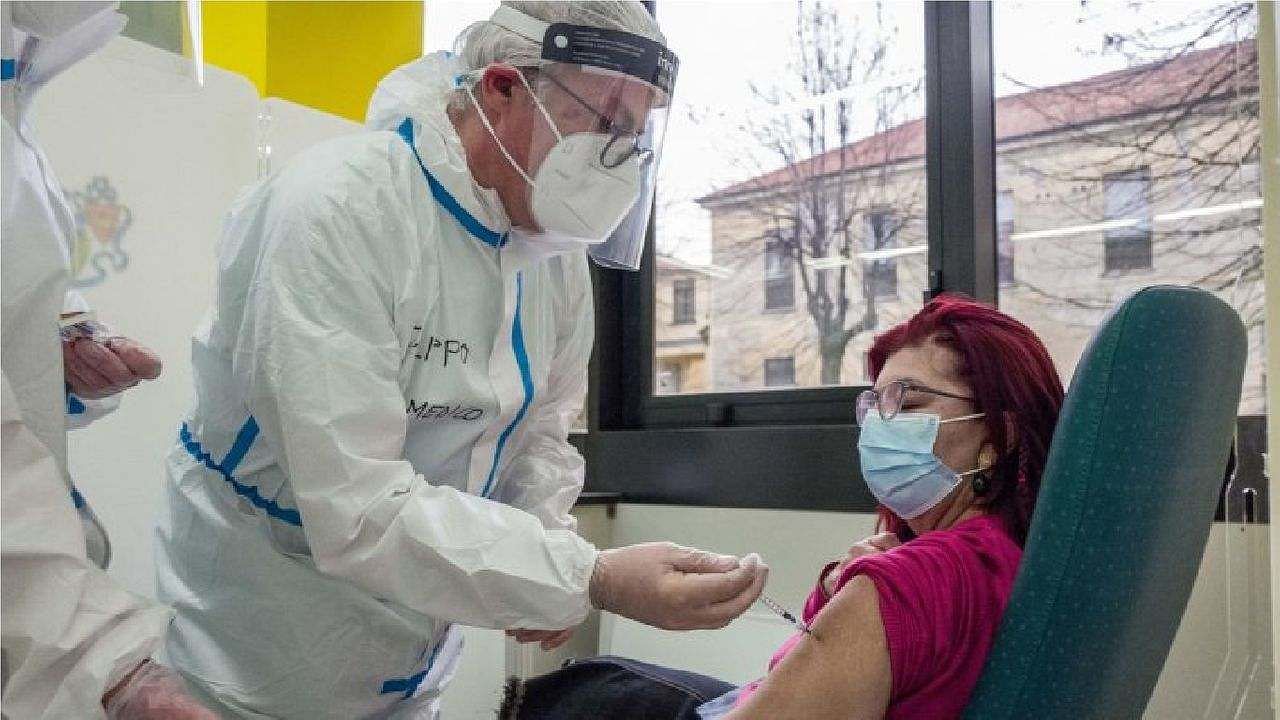 The figure of 75 crore vaccinations has been crossed in the country on Monday. Union Health Minister Mansukh Mandaviya thanked Prime Minister Narendra Modi for this achievement.

India has crossed another milestone in the midst of the ongoing battle with Coronavirus. So far 75 crore people have been vaccinated in the country. Union Health Minister Mansukh Mandaviya on Monday expressed happiness over crossing the 75 crore vaccination mark in the country. He gave this information by tweeting. Along with this, the Union Health Minister thanked Prime Minister Narendra Modi for this achievement.

PM NarendraModi With the mantra of Sabka Saath, Sabka Prayas, the world’s largest vaccination campaign is continuously creating new dimensions. #AazadiKaAmritMahotsav That is, in the 75th year of independence, the country has crossed the figure of 75 crore vaccinations.#SabkoVaccineMuftVaccine pic.twitter.com/BEDmQZQsY7

Union Minister Anurag Thakur also congratulated the countrymen COVID Warriors and the state governments for crossing the 75 crore vaccination mark. Anurag Thakur tweeted, “The introduction of 75 crore vaccines is a big achievement in itself, for which I thank the Prime Minister, the people, the COVID Warriors and the state governments. India has come a long way in the campaign of vaccination as compared to the countries of the world.

This is a big achievement. I express my gratitude to the public, Corona warriors, state govts & the PM who provided free vaccines to all. India has surpassed many countries in terms of vaccinating its population: Union Min Anurag Thakur on over 75 cr COVID vaccinations in India pic.twitter.com/QzdG8qhdfO

According to the data of the Union Ministry of Health and Family Welfare, till September 12, at least 738 million people were given corona doses. Till 7 am on Sunday, 738,207,378 vaccine doses were given in the states and union territories. In the age group of 18-45, 296,771,856 people have been given the first dose while 42,838,102 have been given the second dose as well. According to the Union Ministry of Health and Family Welfare, 100 per cent of the population (18 years and above) of seven states and union territories (UTs) have been vaccinated at least for the first dose. These include the names of Sikkim, Dadra and Nagar Haveli, Himachal Pradesh, Goa, Ladakh and Lakshadweep. The way 75 crore people have been vaccinated in the country so far, if the vaccination continues like this, then by December 43 percent of the population will be fully vaccinated.

Also read: The war against Corona will intensify, WHO may approve India Biotech’s vaccine Covaxin this week

Also read: Corona Vaccination: So far more than 738 million people have received vaccine in India, so many doses available with states-UT

Malayalam actor Rijabava passed away, breathed his last at the age of 55

Afghanistan in crisis, people forced to sell household items to eat… sitting on the road with sofas, beds, utensils and mattresses