Corona Third Wave: The intensity of the third wave will be only 1/4 as compared to the second wave, expected to be at peak at this time 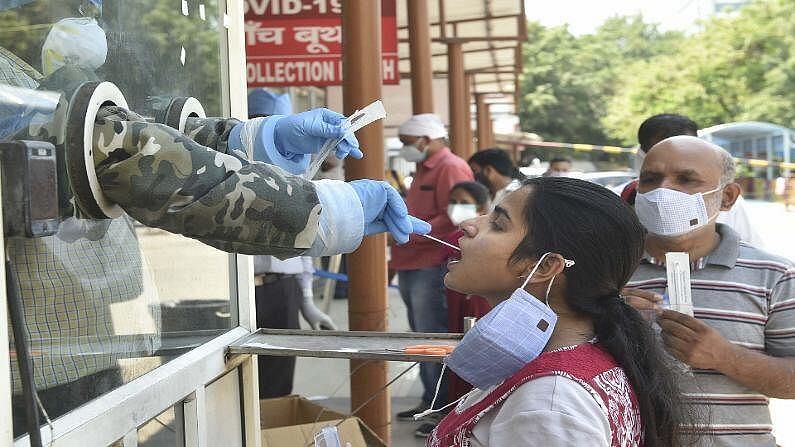 Scientist Manindra Agarwal said that if the third wave of corona is at its peak, then only one lakh daily cases can be seen in the country.

In India, the third wave of corona may be at its peak between October and November. However, its intensity is expected to be much less than that of the second wave. This information was given by a scientist involved in mathematical modeling. Scientist Manindra Agarwal of IIT-Kanpur, who is part of a three-member team of experts, said the situation is unlikely to change if no new virus emerges.

Daily cases expected to be less than one lakh

However, no mutant was found to be more infectious than Delta, which cleared the infections during the third wave. Last week’s forecast was also the same, but in the latest case only the daily cases limit has been brought down to 1-1.5 lakh. With the latest figures, daily infections are expected to come down further in the range of one lakh.

R value must be less than one percent

Aggarwal said that the latest vaccination data, sero-surveys in July and August gave information about anti-bodies considering the scenarios. According to a study by researchers from the Institute of Mathematical Sciences, the reproduction value of the coronavirus pandemic was 0.89. It is essential that the R value remains less than one, as it helps in preventing the spread of infection.

Manindra Aggarwal said that the biggest weapon in the fight against Corona is the Corona Vaccination Campaign, which is going on rapidly across the country. He said that according to the CoWIN dashboard, 64 crore people have been given corona doses so far and preparations are on to vaccinate people at the earliest.

Also read: Kerala: In the last 7 days, 125 people died on an average daily due to corona, know why virus cases are increasing