Corona never subsided in Maharashtra, the drum to beat the second wave was beaten; The truth came out!

On Sunday, in a conversation with the District Magistrates, Municipal Commissioners, Police Officers, the Chief Minister said that dividing the state into five phases does not mean unlocking.

In Maharashtra, BJP is constantly alleging that the government is hiding the figures.

The process of unlocking has started in five phases in Maharashtra from Monday. Its information came at midnight on Friday. Then on Sunday evening, Chief Minister Uddhav Thackeray said that this five-stage process has been interpreted by people as relaxation, restrictions have not been relaxed in Maharashtra. The local administration has the right to tighten the rules after seeing the situation. The truth is that the state government itself is not clear about whether it should go towards unlock or not? Just as the state government was unable to decide whether to impose a lockdown in the state or not?

While imposing the lockdown in April this year, the state government was using all the rules of lockdown. The bus was avoiding the use of the word lockdown. Shops were closed, offices were closed, hotel-restaurants were closed, gardens, grounds, gyms, salons were all closed and state government ministers were taking the name of curfew. They were taking the name of Section 144, just were not taking the name of the lockdown. Similarly, now the unlock process has been started, so after a day the Chief Minister is coming and saying that it should not be considered as unlocked. The restrictions have not been relaxed. Seeing the situation, the local administration should tighten the decision. Shops were opened, hotels-restaurants were opened, gardens, gyms, playgrounds were gradually introduced in five phases, and the government is saying, do not consider it unlocked.

On Sunday, the Chief Minister, in a conversation with the District Magistrates, Municipal Commissioners, Police Officers, said that dividing the state into five phases does not mean unlocking but classification of parts of the state according to the conditions of Corona. It is in a way a measure of the danger mark. Just as the water level in dams and rivers is measured and if the water starts flowing above the danger mark, the people nearby are taken to a safe place, or many other measures are taken.

The truth is quite the opposite. Actually, the view of the state government is not clear about what to do. Just look at the confusion of these five steps. Earlier there was confusion about whether Mumbai was kept in Phase II or Phase III? The Mayor of Mumbai has to come and clarify that Mumbai is in the third phase. On this, MNS spokesperson Sandeep Deshpande raised the question that when the Mumbai model is discussed everywhere. The recovery rate in Mumbai is more than 95 percent. The period of doubling of corona infection has come to 511 days. Every day new cases of corona are coming less than a thousand. So why has Mumbai been placed in Phase III? That is, somewhere the figures of Mumbai have been hidden. There is truth in the claims that Devendra Fadnavis is continuously making.

On this issue, Maharashtra state BJP spokesperson Keshav Upadhyay, while talking to tv9 Bharatvarsh Digital, said that this is the confusion of lockdown and unlock because the Maharashtra government has been lying continuously. Knowing the condition inside, so do not dare to openly unlock it. Last year the central government was imposing a lockdown and the state government was protesting. This year, when the central government said that keeping in mind the employment and livelihood of the people, considering the lockdown as the last option, the Maharashtra government immediately imposed a lockdown. The area where the Guardian Minister says that lockdown is not needed, the District Magistrate used to say that lockdown is needed.

More than one lakh deaths in Maharashtra 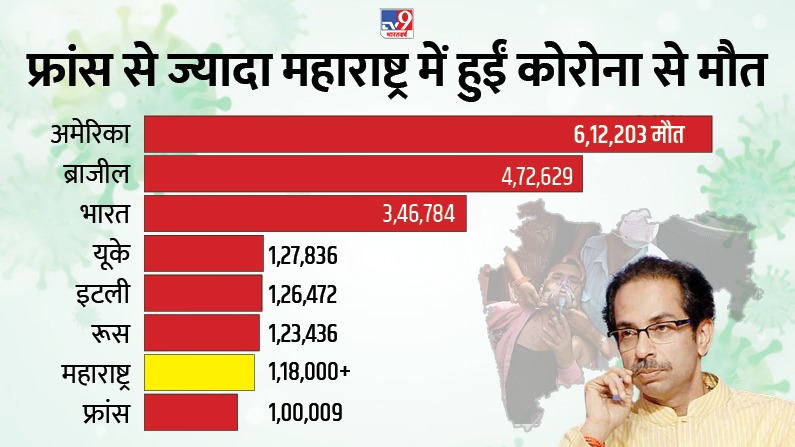 More than one lakh people died in Maharashtra due to corona virus. This figure is more than the total death in France.

But the other side of the figure is shown by the state government. At one time, where new cases of corona were coming from 60 to 65 thousand every day, now they are coming between 12 to 15 thousand every day. The recovery rate in the state has gone up to 95 percent. The death rate has also come down, today this death rate has gone up to 1.71 percent. At one time, about a thousand people were dying every day, now it has come down to three hundred to five hundred per day.

Talking to NewsNCR Digital in this regard, NCP spokesperson Mahesh Tapase said that when the figures were coming more, we did not hide it. That is why the figures of Maharashtra are at number one in the country. Similarly, now that the figures are coming down, instead of giving credit to the state government, questions are being raised. Whereas the figures of BJP-administered states are seen floating in Ganga Maiya. 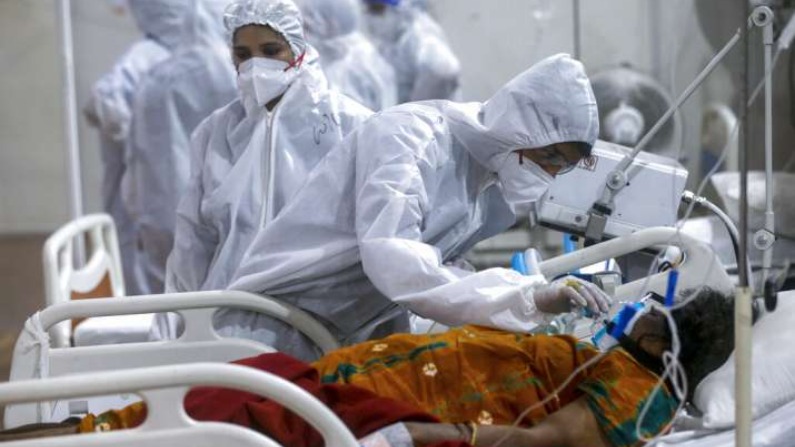 Maharashtra BJP alleged that the corona did not decrease in the state, only the drum was beaten.

Atul Bhatkhalkar says that it is true that the corona has never decreased in Maharashtra. Only the drum was beaten. If the first wave was brought under control, then why was there chaos in the second wave? 22 dead bodies were found stuffed in an ambulance in Beed district. In Nashik, 14 people lost their lives due to suffocation due to lack of oxygen. Many COVID patients lost their lives due to negligence in hospitals in different places. Further, citing the news of NewsNCR, he said that you yourself had published a report a day or so ago in which the figures of combustion and burial in the crematoriums and cemeteries of the dead in the state are much more than the figures of those who died of COVID given by the government. were more.

Corona figures in the country and Maharashtra 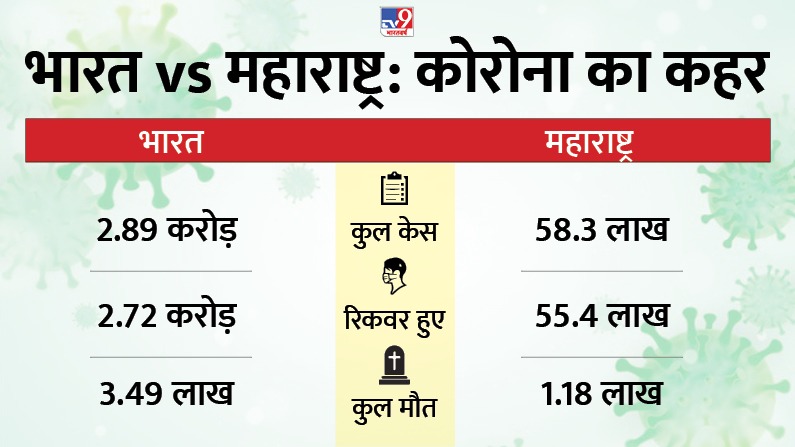 What is the overall reality?

Overall, Maharashtra has the highest number of corona infections, the highest number of deaths due to corona. The state government cannot turn its back on this truth. Even if we accept the argument that the figures have not been hidden in Maharashtra, then it is certain that the number of tests in Maharashtra has been continuously decreasing. The state government itself had set a target of 3 to 4 lakh testing per day, today this testing is being done only around two lakh thirty-forty thousand. Only twenty-six-twenty seven thousand testing are being done in Mumbai. Such testing is also being done in Pune and Nagpur, while the population of Mumbai is three times more than these cities.

But it would also be an exaggeration to say that the state government did not take any measures to reduce the corona. The Supreme Court and NITI Aayog have also praised the work of the state government in the matter of production and supply of oxygen used for the treatment of corona. Even in the case of vaccine, Maharashtra has the capacity to vaccinate 10 lakh people per day. People believe that if Maharashtra gets the right amount of vaccine today, the entire state can be vaccinated in six-seven months.

Also read- Lockdown extended in Punjab till June 15, shops are allowed to open, know what changes have happened