Conversion in UP: Greed to give 12000 per month for converting to Christianity, VHP intervened 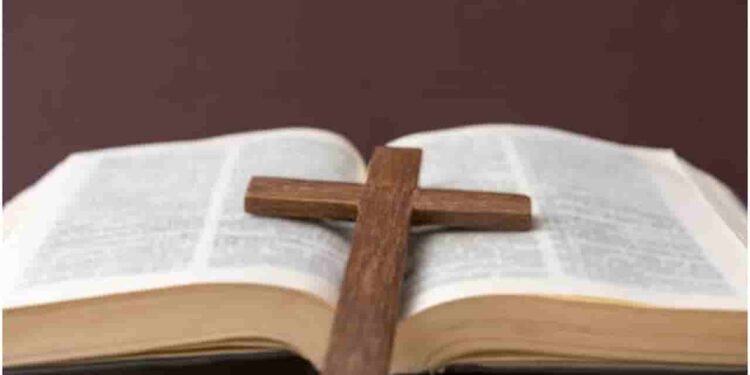 A Christian preacher has been arrested in Mahoba, Uttar Pradesh. He is accused of forcibly pressurizing a person to convert.

The accused pressured the man to convert to Christianity (signal image).

Cases of conversion in UP are continuously coming up in Uttar Pradesh. People are being converted here by luring them with money and taking the bluff. The latest case is of Mahoba. Here the talk of converting people of Hindu community has come to the fore. After which there is anger among the people of Vishwa Hindu Parishad (VHP).

The case is of Thakurdas Mohalla of Panwari police station area of ​​Mahoba. Here a person named Sachin Dwivedi was ill. The news of this became Ashish John, the preacher of Christianity. After which it is alleged that in the name of curing illness and giving money for business by John, pressure was being created in relation to religious conversion by luring him.

The lure of giving 12000 per month on adopting Jesus religion

Victim Sachin says that Ashish John had lured him with money and job. Coming to my house, Jesus told me to give 12000 per month for adopting religion. Sachin refused to change religion. After that pressure was being put on him. Due to which he sought help from the people of Vishwa Hindu Parishad. After which the victim youth, along with half a dozen villagers, lodged a complaint against accused Ashish John, a preacher of Christianity.

The accused of preaching Christianity has been arrested by the police

In the case, the police have arrested the accused by registering a case against the accused under Section 3, Section 5 of the Anti-Conversion of Religion Ordinance 2020. A few months back, the forced conversion racket was exposed in UP. In this case, the accused Umar Gautam and Jahangir were arrested by the UP ATS. Umar himself, who converted religion by giving greed, was a Hindu himself. He converted to Muslim religion at the age of 20. When Umar Gautam was 20 years old, he had converted to Nainital. His name in childhood was Shyam Prakash Singh Gautam. Umar was born in a Rajput family, he disclosed this in a video released on YouTube two years ago.

Also read: ‘AAP will contest all 403 seats in UP’, Sanjay Singh said – there is no talk of alliance with any party

Also read: Corona virus in UP: 21 new cases of corona infection in last 24 hours, not a single infected patient in 63 districts