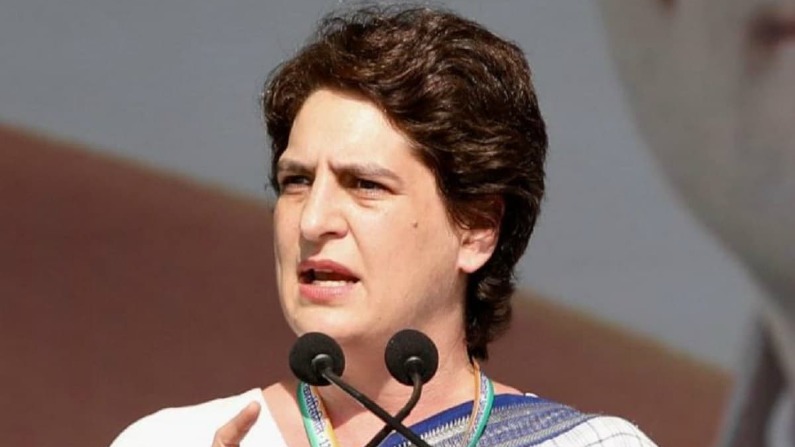 Shailendra Singh has targeted Congress state president Ajay Kumar Lallu. He has alleged that the loyal and old Congressmen are being neglected in the party after Lallu took over.

Ahead of the upcoming Uttar Pradesh assembly election 2022, two All India Congress Committee (AICC) members Rajesh Singh and Shailendra Singh have accused the party of neglecting the old Congressmen. Resigned from the primary membership of. It is being considered as another setback for the Congress after former Union Minister Jitin Prasada left the Congress and joined the BJP.

All India Congress Committee members Shailendra Singh and Rajesh Singh on Sunday sent their resignation letters to State Congress President Ajay Kumar Lallu alleging that old Congressmen were being neglected in the party.

Resigning due to the neglect of Congressmen

Even before the 2017 assembly elections, many Congressmen had joined BJP.

He said that he is resigning due to the neglect of the loyal and old Congressmen and both the Congress leaders have informed the Congress National President Sonia Gandhi, Rahul Gandhi and Priyanka Gandhi about this decision. Let us tell you that in the second week of June this year, senior Congress leader and former Union Minister Jitin Prasada left the Congress and joined the BJP.

Jitin Prasad used to intervene in the Congress as a Brahmin and youth face and his father Jitendra Prasad had been the President of Uttar Pradesh Congress. It should be noted that even before the 2017 assembly elections this year, many prominent leaders including former Uttar Pradesh Congress President Rita Bahuguna Joshi, then Congress MLA from Kushinagar district Vijay Dubey had left the Congress and joined the BJP.

Rita Bahuguna Joshi had even accused Congress leader Rahul Gandhi that he does not listen to anyone. After joining BJP, Rita Bahuguna Joshi contested from Lucknow’s Cantt assembly constituency in 2017 and after winning the election, she was made a cabinet minister in the BJP government led by Chief Minister Yogi Adityanath. However, in 2019, BJP made him its candidate in the Lok Sabha elections from Prayagraj. At present, Rita Bahuguna Joshi is the BJP MP from Prayagraj and Vijay Dubey from Kushinagar.

Priyanka Gandhi did not take any step

While talking to reporters on Monday, Shailendra Singh has targeted Congress state president Ajay Kumar Lallu. He has alleged that after Lallu took over, the loyal and old Congressmen are being neglected in the party and this is the reason why dedicated Congress leaders are leaving the party continuously. He told that Priyanka Gandhi was informed about this situation of the party many times, but she did not take any step and in such a situation, she was left with no other option but to resign from the Congress.

Congress District President Om Prakash Pandey, while reacting to the resignation of two Congress leaders, said that both the leaders were having a dispute with the state president. Terming the allegations of Congress leaders as baseless, Congress state secretary and Allahabad in-charge Raghavendra Pratap Singh said that under the leadership of Priyanka Gandhi and Ajay Lallu, work is being done to strengthen the Congress at the panchayat and booth level.

Also read- In the encounter of UP Police, a bounty of 50 thousand crook Mukesh Thakur was wanted in many cases including dacoity, dacoity, murder

Also read- BJP took a jibe at Bahubali Mukhtar Ansari’s brother joining SP, said- ‘Akhilesh Yadav will do anything to get power’