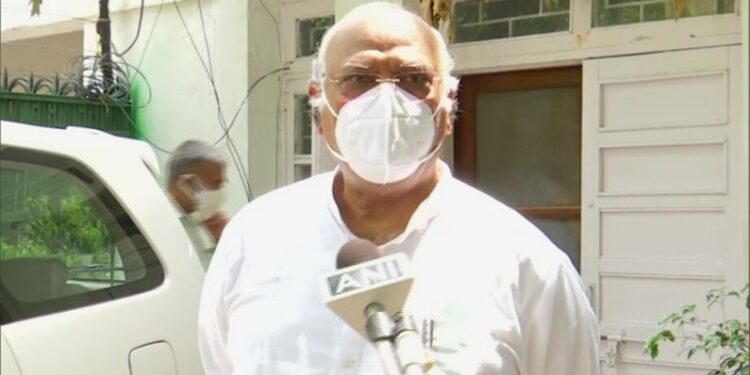 Congress leader and former Union Minister Milind Deora said on Wednesday that Congress should try to regain its old position.

Mallikarjun Kharge said, “Jitin Prasad was respected by everyone in the Congress. They were not ignored. He was the party general secretary, in charge of Bengal, always allowed to contest elections. He blames the Congress and the ideology for which he and his father worked. He suddenly changed his stand, it is very sad. May be, 8-10 years may not be good for us but it does not mean that we should give up ideology. It shouldn’t have happened.”

Earlier on Wednesday, Kharge had said on Prasad’s joining BJP, “The people keep leaving, no matter how hard we try, we can’t stop them. But the way Priyanka Gandhi is working in Uttar Pradesh, wherever injustice happens, whether it is with farmers, Dalits or minorities, Priyanka Gandhi keeps fighting on all issues. He should have supported them. This is wrong.”

There has been a mixed reaction within the Congress after Jitin Prasada joined the BJP. Congress leader and former Union minister Milind Deora on Wednesday said the Congress should try to regain its old position and there are still leaders within the party who, if empowered and used properly, can yield predictable results. Huh.

Jitin Prasada was among 23 leaders who wrote to party president Sonia Gandhi last year demanding active leadership and organizational elections in the Congress. Regarding the controversy related to the letter, the Congress Committee of Lakhimpur Kheri district of Uttar Pradesh had passed a resolution demanding action against him, which also led to a dispute. However, Prasad later said that he has full faith in the current leadership of the Congress.

After joining the BJP, Prasad thanked Prime Minister Narendra Modi, Amit Shah and JP Nadda and said that they have taken this decision after much deliberation. He said, “From today a new chapter of my political life is starting. In the last few years I have realized that if there is any real political party in the country, it is BJP. The rest of the parties have remained as individual and region specific. Today any party and leader is most suitable for the interest of the country and if he stands firmly then it is BJP and Prime Minister Narendra Modi.

Also read- Corona Update: Corona’s new guidelines for those below the age of 18, children of 5 years do not need masks

Also read- Bihar: Health Secretary disclosed – not 5458 from Corona, but 9375 people lost their lives, questions raised on the figures of Nitish government