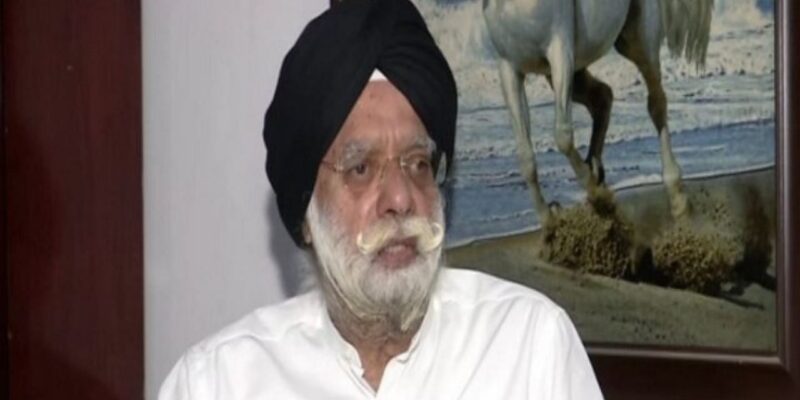 Congress MP KTS Tulsi said after Tata Sons won the bid to take over state-run airline company Air India, he said he was happy that the “Maharaja” would continue to be an Indian symbol. Rajya Sabha MP Tulsi said on Saturday, “The airline company was started with Tata and now Air India is going back to them.” Tata Sons acquired 100 per cent stake in debt-ridden Air India by bidding for Rs 18,000 crore. The Central Government has approved the bid of Tata Sons on Friday.

The Congress MP said that the terms of the acquisition are correct. Tulsi said, “They agreed to pay Rs 18,000 crore for the acquisition of Air India, of which 15 per cent will go to the Government of India and the remaining Rs 15,300 crore will be used to pay off the debt.”

Tuhin Kant Pandey, Secretary, Department of Investment and Public Asset Management (DIPAM) of the Central Government, which is responsible for the privatization of government companies, said that Tata Group’s holding company Tales Private Limited has emerged as the successful bidder. In the race to acquire Air India, Tata Sons has overtaken SpiceJet promoter Ajay Singh-led conglomerate. He said both the bidders had bid above the reserve price and the deal is planned to be completed by December.

The airline was nationalized in 1953

JRD Tata founded the airline in 1932. Then it was called Tata Airlines. In 1946 the aviation division of Tata Sons was listed as Air India and in 1948 Air India International was started with flights to Europe. The international service was one of the first public-private partnerships in India, with the government holding 49 percent, the Tatas 25 percent and the public holding the remainder. Air India was nationalized in 1953.

Civil Aviation Minister Jyotiraditya Scindia on Friday said the sale of Air India to the Tata group marks a new dawn for the airline and hoped that the carrier would continue to bring people closer through successful operations. He said, “My best wishes to the new management, and congratulations to the Secretary DIPAM and the Ministry of Civil Aviation for successfully completing the difficult task of constructing a new runway for the airline to take off. I hope the airline continues its mission of bringing people closer through its successful operations.

Also read- Farmer leaders said- ‘Lakhimpur violence is part of a pre-planned conspiracy, the attackers tried to terrorize the farmers’

Buy a candle today and bring it home, in view of the shortage of coal, electricity will be cut in Delhi for several days.

Along with the specifications of Realme GT Neo 2, there are signs of launch soon, the phone will be equipped with Qualcomm Snapdragon 870 chip!