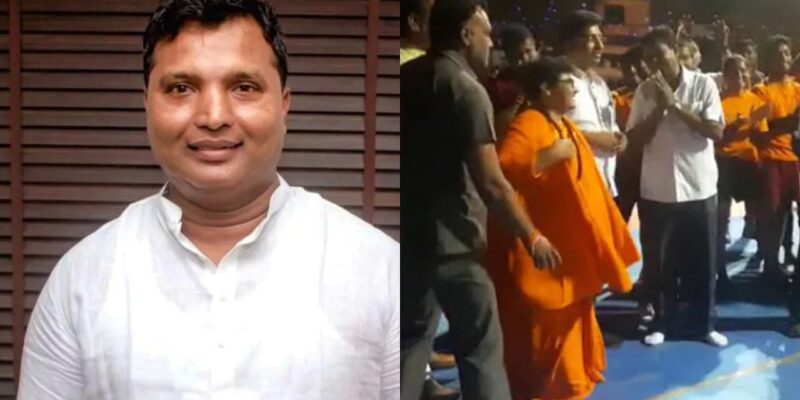 The Congress leader has taken a jibe after a video of MP Sadhvi Pragya Thakur playing Kabaddi surfaced.

A video of BJP MP from Bhopal Sadhvi Pragya Thakur playing kabaddi is becoming increasingly viral on social media. After the video of Kabaddi surfaced, the opponents are attacking him. Critics say that MP Pragya is not suffering from any major disease. In fact, the matter of Pragya Thakur’s illness has come to the fore many times before. After the video of Kabaddi surfaced, critics are terming his claim of being ill as false.

In a viral video of Kabaddi, Pragya Thakur is seen with some women at a ground in her constituency in Bhopal. She is playing kabaddi with everyone. According to the news, MP Thakur was going to the temple when a group of women asked her to play. Congress is attacking him on this video (Congress Comment on Pragya Thakur). Many opposition leaders including Youth Congress National President BV Srinivas have targeted him. He says that the MP has been exempted from attending the hearing of the case on medical grounds. Opponents say that the health of MP Pragya is seen in the video.

When is his next ‘appearance’ in NIA court? pic.twitter.com/PddYsXzGP3

‘When is the next hearing in NIA court’

Congress leader BV Srinivas taunted and asked when is his next hearing in the NIA court. This is not the first time that MP Pragya Thakur is facing the onslaught of opponents. Several videos of him playing Garba during Navratri and playing basketball a few days ago had surfaced. Even then the opponents taunted him.

Sadhvi Pragya Thakur was arrested in 2008 for her alleged involvement in the Malegaon blast case. But in the year 2017, he was released on bail on the medical ground. In so many days, she did not attend the court hearing saying that she is suffering from many serious diseases. Sometimes he is also seen in a wheelchair among people.

‘Pragya Thakur is out on bail’

MP Pragya Thakur is currently facing a case in a court in Mumbai under strict sections of UAPA. He is out on bail on medical grounds in the Malegaon blast case, but his opponents have once again attacked him after a video of him playing kabaddi surfaced. Critics say that as the MP has been claiming that his health is not well, it is wrong. Critics say that he is not suffering from any major disease.

Also read- MP: When an accident happened on NH, the victim complained to Minister Nitin Gadkari, the repair of the road in 2 hours and FIR registered against the construction company

TRP List: Reality show did not get a place in TRP even this time, know which serials did a blast?

Where were the other accused including Ashish Mishra during the violence? SIT did the scene recreation of Lakhimpur Kheri incident by taking them to the spot