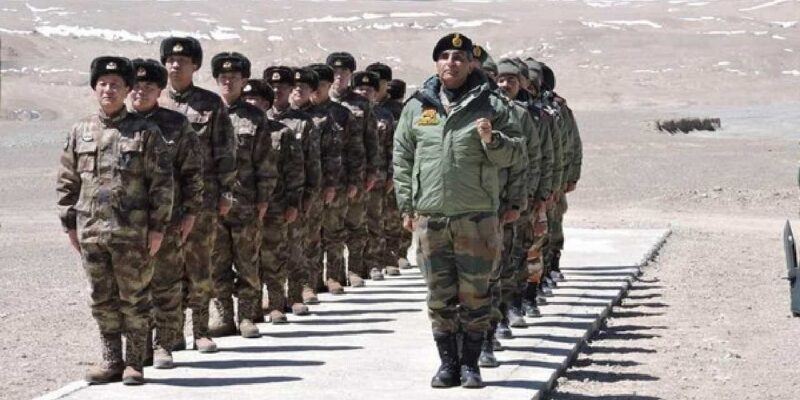 The remaining points of the confrontation in eastern Ladakh were discussed in the 13th phase of military talks between India and China on Sunday. However, no solution could be found on the disputes in the talks due to China’s lack of support. After this eight-and-a-half-hour-long 13th round of talks with the Chinese army, the army said that in the meeting, China did not agree on the constructive suggestions given by the Indian Army to resolve the issues in the remaining areas and that is why the talks were held without any Result completed.

However, both sides agreed to maintain stability and maintain dialogue at the ground level. During the 13th round of talks between the Indian and Chinese military, India clearly said that such situations have arisen due to the unilateral efforts made by China to change the current status quo on the LAC.

China did not agree to India’s suggestions

This conversation between the Indian Army and the Chinese Army started at around 10:30 am on Sunday and lasted till 7 pm. In this conversation, the Indian delegation was led by Lt Gen PGK Menon, who is the commander of the 14th Corps based in Leh. The talks focused on resolving pending issues along the Line of Actual Control in eastern Ladakh. India’s emphasis is that resolution of pending issues at all points of conflict, including Depsang, is essential for the overall improvement of relations between the two countries.

However, as per the established procedure, the matter was resolved within a few hours after talks between the commanders of both the sides. About 100 soldiers of the People’s Liberation Army (PLA) of China had crossed the Line of Actual Control (LAC) in the Barahoti sector of Uttarakhand on August 30 and returned after spending a few hours.

12th round of talks held in July

Earlier, the 12th round of talks between India and China was held on 31 July. A few days later, the armies of both the countries completed the process of withdrawal of their troops from Gogra and it was considered as a major and significant step towards the restoration of peace and stability in the region.

Army Chief MM Naravane had said on Saturday that the Indian Army will also maintain its presence on its side, which is similar to the PLA, if the military mobilization and large-scale deployment from the Chinese side in the eastern Ladakh region continues. The standoff on the border between the armies of the two countries started on May 5 last year. Then there was a violent clash between the soldiers of the two in the areas of Pangong Lake.

As a result of a series of military and diplomatic talks, the two sides completed the withdrawal of troops to the Gogra region in August. In February, both sides completed the process of withdrawal of troops and weapons from the northern and southern banks of Pangong Lake as agreed. At present, both the countries have deployed about 50,000 to 60,000 soldiers from their respective sides in the sensitive area on the LAC.

read this also: Jammu and Kashmir: Encounter between security forces and terrorists in Bandipora, one terrorist linked to Lashkar killed

IPL 2021: Dhoni finished the match by adopting Sehwag’s method, after defeating Delhi, the truth was told