Compensation for crops damaged due to unseasonal rains, instructions to get survey done 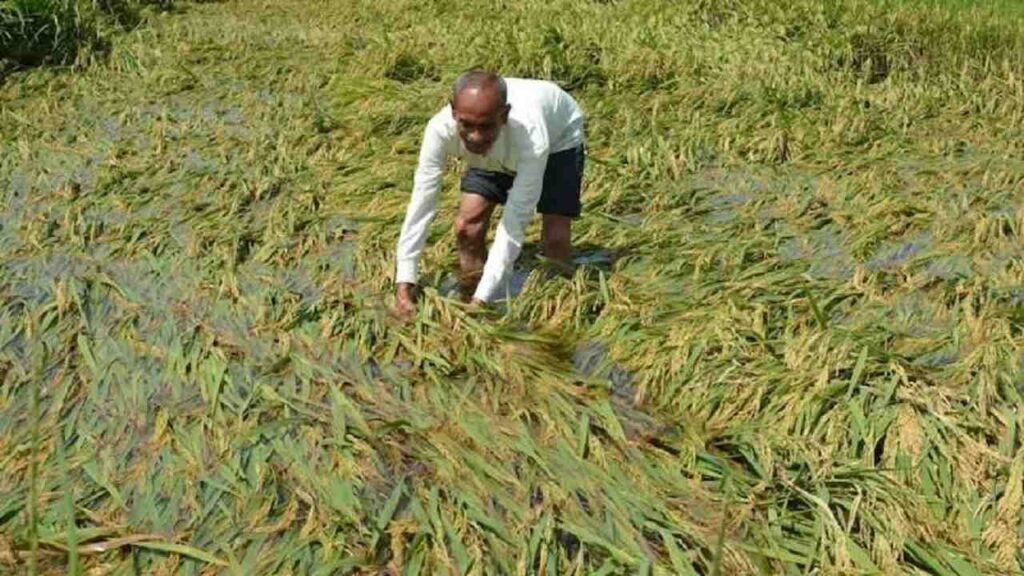 Due to heavy rains, farmers’ crops were ruined (symbolic photo)

Crop Loss Compensation Scheme: Damage to those crops which are not covered under Pradhan Mantri Fasal Bima Yojana will also be compensated.

Haryana Deputy Chief Minister Dushyant Chautala has directed all the Deputy Commissioners of the state to prepare a report on the crops damaged due to the recent unseasonal rains and waterlogging. So that the farmers can be compensated by getting Girdawari done. The Deputy CM also has the charge of Revenue and Disaster Management Department. He said this after hearing public grievances at his official residence today.

A delegation of people from village Bhimwala in Fatehabad district had come to meet Chautala. Those people told that Chauvva has come up in the village. Due to which water gets filled even in light rain and crops are getting damaged. Apart from government buildings like schools, water houses etc., cracks have also come in the houses of the villagers.

According to the Meteorological Department, Haryana has received 231 percent more rain than normal on 30 September. It falls under the category of extreme rainfall. Whereas from June 1 to September 30, 30 percent more rain has been recorded here.

…so that the crops do not get spoiled

Chautala, after listening to the problems of the villagers, instructed the officials that the population of the village should make arrangements to remove the water stagnation in the body and the crops of the fields immediately, so that the crops do not get spoiled. He said that the affected area should be girdawari and prepare a report of compensation. He also directed the officials to distribute compensation for the crop damaged last year.

Damage to horticulture crops will also be compensated

Wherever there has been more than 100 mm of rain, the survey will be done soon. Chautala said that the state government would also compensate for the loss of crops like horticulture and pulses which are not covered under the Pradhan Mantri Fasal Bima Yojana. At present, there is a possibility of more damage in the crops of pulses and cotton. After receiving the report, special girdawari will be done. On the other hand, the report of the regular girdawari of crop loss this year has also come.

Also read: Sugarcane rate increased by Rs 25 per quintal in UP, yet why is there dissatisfaction among farmers?

Also read: This species of mustard is best for both food and earnings, if you know the specialty, then you will definitely sow