Common man will get relief! Because of this, petrol and diesel may soon become cheaper 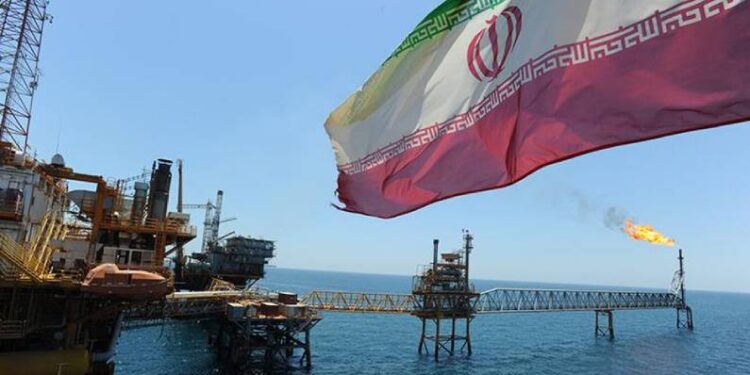 At a time when petrol prices have reached Rs 100 per liter in the country, this news coming from Iran is certainly a matter of relief. Most of India’s crude oil was being procured from Iran itself, but the situation had changed since 2019.

It is believed that now oil prices will come down.

The US has lifted some sanctions on Iran’s energy sector. This includes sanctions on Iranian oil. According to officials, this step of America is proof of its honest attitude towards Iran. The removal of these sanctions of America is a matter of great relief for India. Oil imports from Iran will be easy. In such a situation, experts believe that petrol and diesel can be cheaper in the country. Let us tell you that since May 4, the trend of increasing petrol prices is going on. Petrol has become costlier by Rs 5.53 per liter in 23 days, sometimes continuously or intermittently. At the same time, the price of diesel has gone up by Rs 5.97 per liter during this period.

At a time when petrol prices have reached Rs 100 per liter in the country, this news coming from Iran is certainly a matter of relief. Most of India’s crude oil was being bought from Iran, but the situation had changed since the year 2019. Since April of this year, talks were going on in the Austrian capital Vienna regarding the nuclear treaty.

With the lifting of US sanctions on Iran, India can start importing oil again. Oil imports from Iran have stopped since the middle of 2019. In April, it was said by a senior official of the Government of India that once the sanctions are lifted, we can consider importing oil from Iran. According to the official, Indian refinery companies have started preparations in this regard and they can re-contract as soon as the ban is lifted.

Recently, there were reports that Iran and the world’s 6 superpowers have made significant progress towards resuming the 2015 nuclear deal. On behalf of Iran, it was said that some progress has been made in the ongoing talks to restart the nuclear deal. But some important issues remain the same. Since the statement of the ministry, there were speculations that soon the US can take a big decision regarding the sanctions imposed on Iran.

Oil prices will be controlled

After importing oil from Iran, oil prices in the market will be controlled. Also, India will be able to get another source for imports. Iraq was India’s largest oil supplier in the financial year 2020-21. After that Saudi Arabia and United Arab Emirates (UAE). It was followed by Nigeria at number four and America at number five. According to government sources, India has been demanding for a long time from oil producing countries to increase production by removing production limits. The rise in oil prices is a threat to the economy revival of the world including India.

Why is it cheaper to import oil from Iran?

India imports more than 85 percent of its oil requirements. Before the year 2019, India was Iran’s second largest customer. There are many benefits from Iran’s crude oil. The travel route is short in this and due to this the freight is cheap. Along with this, a long time is also available for payment. Former US President Donald Trump terminated the historic nuclear deal with Iran in 2018. This deal was done in the year 2015 during the Obama administration. After this, many sanctions were imposed on Iran and then exports from there went down. After the ban, some countries including India were given exemption, which ended in 2019.

Hope to get relief in a month

Iran has also started work at a fast pace towards increasing the production of oil. The country has suffered a lot due to the sanctions imposed on Iran. The economy of this country is dependent on oil. Iran runs its expenses by exporting oil to countries like India, but due to sanctions, major importing countries stopped buying oil from Iran. Shahana, the website of the Oil Ministry, quoted Farooq Alikhani, the production manager of the National Iranian Oil Company (NOC), as saying that maximum crude oil production would be restored within a month.