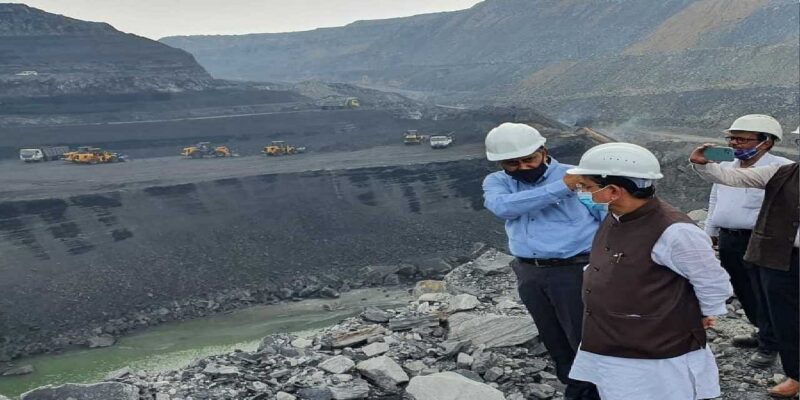 Adequate stock of coal in the country’s power plants (Coal Stock) due to no power crisis (Electricity Crisis) is beginning to have an effect. Union Coal Minister Prahlad Joshi (Coal Minister Prahalad Joshi) reached Ranchi from Chhattisgarh on Thursday morning and went straight from the airport to inspect the Piparwar open cast mines. He founded CCL Ranchi (located in Chatra district of Jharkhand).CCL Ranchi) visited the Ashoka Opencast Coal Mine and said that efforts are being made to bridge the shortfall of coal supply. Two million tonnes of coal is being supplied since yesterday. He was accompanied by the Chairman of Coal India, the CMD of CCL and several officers of the Ministry of Coal.

Let us tell you that due to the unexpected increase in the price of coal in the international market, imports have been affected. Which has a direct impact on power generation. For the past days, the question is arising that the coal stock of power plants will be exhausted in a few days. Due to this, there may be a situation of black out. After this, the central government swung into action. Union Energy Minister RK Singh himself took the lead and assured that no crisis would be allowed to arise.

Located in Chatra district of Jharkhand @CCLRanchi of Ashoka Opencast Coal Mine. The mine with an annual peak-rated capacity of 20 MT is one of the largest coal projects of CCL.
Interacted with the workers of the mine and encouraged them to increase coal production and offtake.

Coal Minister Prahlad Joshi gave information by tweeting, “Located in Chatra district of Jharkhand. @CCLRanchi of Ashoka Opencast Coal Mine. This mine with an annual peak-rated capacity of 20 MT is one of the largest coal projects of CCL. Interacted with the workers of the mine and encouraged them to increase coal production and offtake.

There was shortage of coal due to rain & as coal import was ceased. We are supplying 2 million tonnes of coal since y’day. We are making efforts to fulfill demand for thermal coal power. I visited South Eastern Coalfields y’day: Union Minister Pralhad Joshi in Chatra, Jharkhand pic.twitter.com/M87koPsnTu

He said, “There was a shortage of coal due to rain and the import of coal had stopped. We are supplying 2 million tonnes of coal since yesterday. We are trying to meet the demand of Thermal Coal Power. I visited South Eastern Coalfields that day.” In this episode, the visit of Union Coal Minister Pralhad Joshi to Jharkhand is being considered important. It is possible that after returning from Piparwar, a review meeting will also be held in Ranchi. However, no formal information has been given by CCL in this regard. Let us tell you that till some time ago, Jharkhand used to be the top in the country in terms of coal production, but recently, according to the provisional statistics report 2020-21 from the Ministry of Coal, Jharkhand has moved to fourth place in terms of coal production.

Jharkhand: Parents will be trapped if a vehicle is given to a minor child in Jamshedpur, challan of 25 thousand rupees will be deducted

Dussehra 2021: The festival of Vijayadashami will be celebrated on October 15, know the complete method of celebrating it