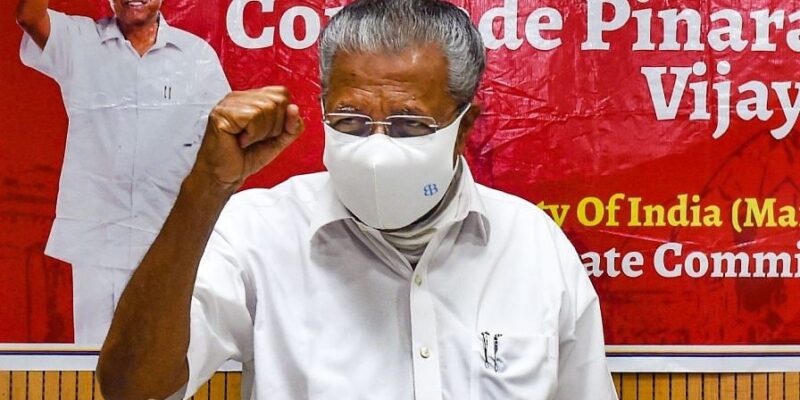 Kerala Chief Minister Pinarayi Vijayan on Tuesday said that he wants to create a ‘New Kerala’ and aims to create 20 lakh jobs in the state in the next five years. During an event in Thiruvananthapuram, Vijayan said that a detailed project has been prepared for this. The state government is trying to create an environment where people coming from abroad as well as from the country would like to work.

The Chief Minister said, “The state government is also taking steps to partner with global companies to provide employment opportunities to the youth. We have requested companies to invest more in Kerala to promote tourism, health and higher education in the state.” Earlier too, the state government had said in August that Kerala would create 20 lakh quality jobs in the next five years under an ambitious mission.

Vijayan also said on Tuesday that instructions will be given to complete the procedures at the government level at the earliest to withdraw the police cases registered during the Sabarimala temple entry and anti-Citizenship Act (CAA) protests in the state. The chief minister said the state government had in February this year issued orders to take necessary action to withdraw the cases related to the incidents which were “not of serious criminal nature”.

A committee has been constituted to investigate- CM

He told the assembly that based on the order, the state DGP had directed the district magistrates and district police chiefs to look into the nature and present status of each such case registered in their respective areas. A committee consisting of Inspector General (IG) of Crime Branch and Superintendents of Special Cell and State Crime Records Bureau (SCRB) has been constituted to collect information related to such cases and to inquire into its nature and status.

He said that each case would be reviewed separately and the withdrawal would be allowed only after a court order under Section 321 of the Criminal Procedure Code (CrPC).

The opposition Congress had on April 6 welcomed the decision of the Communist Party of India-Marxist (CPM)-led Left Democratic Front (LDF) government to withdraw the cases ahead of the assembly elections.

Also read- Corona Vaccine: Children will also get corona vaccine for free, know how long it will be available and to whom will it be given first?