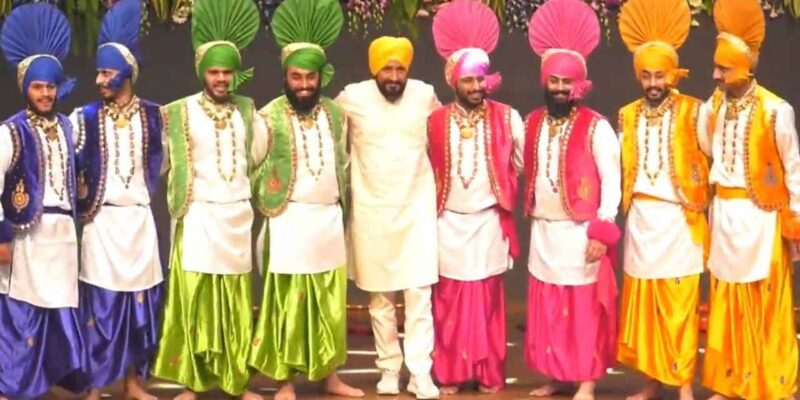 Charanjit Singh Channi had reached the felicitation ceremony of the State Level Mega Job Fair organized at Punjab Technical University on Thursday. As soon as he reached the program, Channi climbed the stage and did Bhangra with the youth.

Charanjit Singh Channi, who arrived at the Punjab Technical University, Kapurthala, Punjab for the first time after becoming the Chief Minister, was warmly welcomed. During this, the Chief Minister was also very excited and was seen dancing fiercely with the youths doing Bhangra. Actually, Charanjit Singh Channi had reached the congratulation ceremony of the State Level Mega Job Fair organized at Punjab Technical University on Thursday. As soon as he reached the program, Channi climbed the stage and did Bhangra with the youth.

Charanjit Singh Channi took oath as the Chief Minister of Punjab on Monday. The three-time MLA from Chamkaur Sahib in Rupnagar is the first Dalit Chief Minister of the state. After the resignation of Captain Amarinder Singh on Sunday, several rounds of talks were held in the Congress party. Channi was chosen by the party high command for the post. Amarinder Singh on Saturday submitted his resignation to state governor Banwarilal Purohit, after months of tussle between him and Punjab Pradesh Congress Committee chief Navjot Singh Sidhu. Captain Amarinder Singh tendered his resignation. These developments happened a few months before the 2022 Punjab Assembly elections.

Corona again picked up speed, cases increased in Kerala, Maharashtra and Mizoram, 31,923 cases were reported in 24 hours in the country