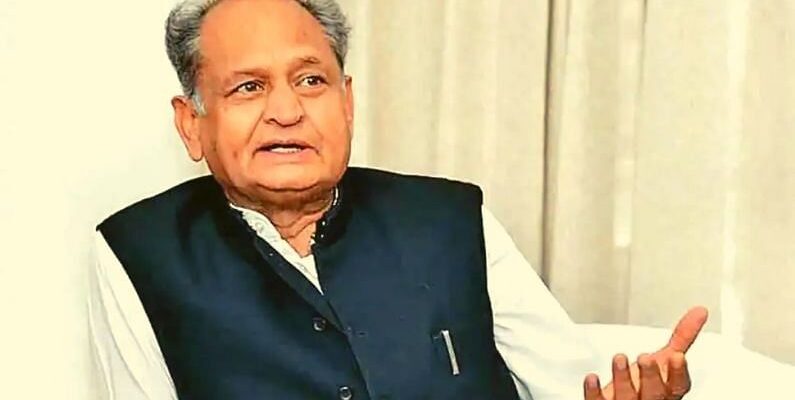 Due to the death of farmers in Lakhimpur Khiri Violence of Uttar Pradesh, where the opposition has created a ruckus. At the same time, politics is also heating up in the case of lynching of a Dalit youth in Rajasthan. State CM Ashok Gehlot has called BJP leaders stupid and stupid regarding this matter on Tuesday. He said that such fools have become BJP functionaries, who do not even know what to do on what kind of incident.

In fact, a Dalit youth was beaten to death at Prempura in Pilibanga, Hanumangarh. BJP had sent a delegation of 3 MLAs to Prempura to investigate the matter and collect facts.

CM is sitting as a candidate but talking stupid

On this issue, CM Ashok Gehlot said, ‘I am seeing such leaders for the first time, who are sitting as CM candidates and talking stupid things. Those who say that why Priyanka Gandhi and Rahul Gandhi do not come to Rajasthan. Oh why would he come here? There is a Congress government here.

Chief Minister Gehlot, who arrived to inaugurate the parking of the secretariat, said during a media interaction on Tuesday that if there is a Congress government in Rajasthan, will Rahul and Priyanka Gandhi come here for some event or senior BJP leaders as leaders of the opposition here. Must come. Prime Minister, Home Minister, BJP President JP Nadda should come to Rajasthan. One should find out what happened in Hanumangarh. Why did the incident happen?

The CM said that the office bearers of BJP do not have much sense as to what is done in what kind of incident. No one from BJP went to the house of a man who was killed. At least the leader of the opposition party should have gone to the victim’s family’s house and sit. BJP leaders keep doing newspapers sitting empty-handed in Jaipur. And keep commenting on social media.

Delegation was to be sent on the day the person died

BJP is doing stupidity in the country and the state

CM Gehlot said that there is no dearth of idiots in the country. BJP people are stupid people who are doing stupidity in the country and the state. BJP says why Priyanka Gandhi and Rahul Gandhi should not come to Rajasthan. Whereas we have a Congress government in Rajasthan. That’s why he should tell BJP’s Union Minister Rajnath Singh and Amit Shah to come here and see. Amit Shah is the Home Minister. Where there are opposition party governments, they should come and see them. He said that whether in UP or other states where there are BJP governments, we will go there as opposition.

OMG! This woman breaks down as soon as she sees a sponge in the house, she has a strange disease since the age of 14

Birth Anniversary: ​​Ashok Kumar was an actor as well as an astrologer, after seeing Manto’s horoscope, he told this truth