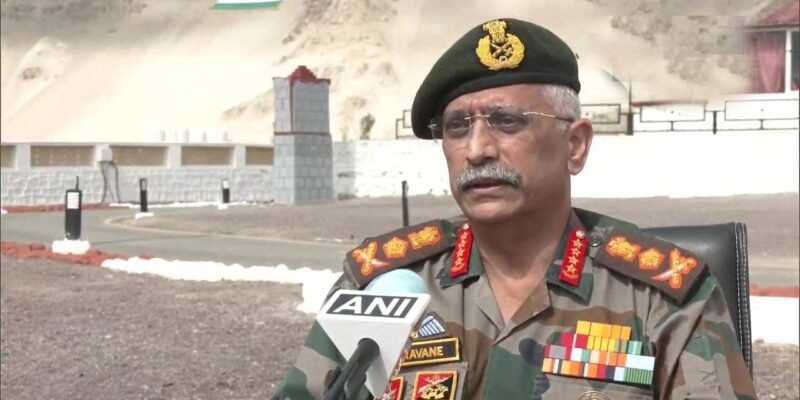 Army Chief MM Naravane said on Saturday that the development of new infrastructure to sustain the military mobilization and large-scale deployment from the Chinese side in the eastern Ladakh region is a matter of concern and India will continue with all activities of the Chinese PLA. Keeping a close eye on it. Naravane said that if the Chinese army maintains deployment even during the second winter, it could lead to a LoC (Line of Control)-like situation, though not an active LoC, as is the case with Pakistan on the Western Front.

The Chief of the Army Staff said that if the Chinese Army continues its deployment, the Indian Army will also maintain its presence on its side, which is similar to the PLA. There has been a standoff between the armies of India and China for almost 17 months in many areas along the Line of Actual Control (LAC) in eastern Ladakh. By the way, both sides have backed out of many points of confrontation after a series of talks.

General Naravane said in the ‘India Today Conclave’, ‘Yes, it is a matter of concern that there has been a large scale gathering and it is continuing and to sustain that kind of gathering, there is a need for the same scale of infrastructure on the China side. There has also been development. “So, that means they (PLA) are there to stay. We are keeping a close watch on all these developments, but if they are there to stay, then we are also there to stay. General Naravane said that the deployment and infrastructure development from the Indian side is similar to that of the PLA.

“But what will happen, especially if they continue to be there even during the second winter, that definitely means we will be in a kind of LC (Line of Control) situation, however active,” he said. There will be no LC as it is on the Western Front. “But of course, we have to keep a close watch on the military mobilization and deployment so that China does not make any misadventure once again,” the army chief said.

General Naravane said in response to a question that it is difficult to understand why China started the standoff at a time when the world was battling the COVID-19 epidemic and when it was facing some issues towards the East Sea of ​​the country. “While all this is going on, it is difficult to understand the point of opening another front,” he said. “But whatever happens, I don’t think they could achieve anything in any of them because of the quick response by the Indian armed forces,” the army chief said.

Asked to comment on the overall situation in eastern Ladakh, Gen Naravane referred to a recent statement by a spokesperson of the Ministry of External Affairs and said that he has clearly mentioned that whatever happened on the northern border is not a matter of China. This is due to massive military gathering on the part and non-compliance of various protocols. The Army Chief said that after the standoff in Eastern Ladakh, the Indian Army realized that it needed to do more in the area of ​​ISR (Intelligence, Surveillance and Reconnaissance).

“So this has been the biggest force of our modernization in the last one year. Similarly, other weapons and equipment that we thought we would need for the future have also caught our attention. The border standoff between Indian and Chinese armies began on May 5 last year in eastern Ladakh after a violent clash in the Pangong Lake area. Both sides gradually increased their deployment with thousands of soldiers as well as heavy weapons.

As a result of a series of military and diplomatic talks, the two sides completed the withdrawal process from the Gogra region in August. In February, the two sides completed the withdrawal of troops and weapons from the northern and southern banks of Pangong Lake in accordance with an agreement. At present, about 50,000 to 60,000 soldiers are deployed on both sides in the area adjoining the LAC in the sensitive area.

read this also: India-China Tension: Chinese soldiers who came to infiltrate in Arunachal were detained by the Indian Army, China said – we do not know anything