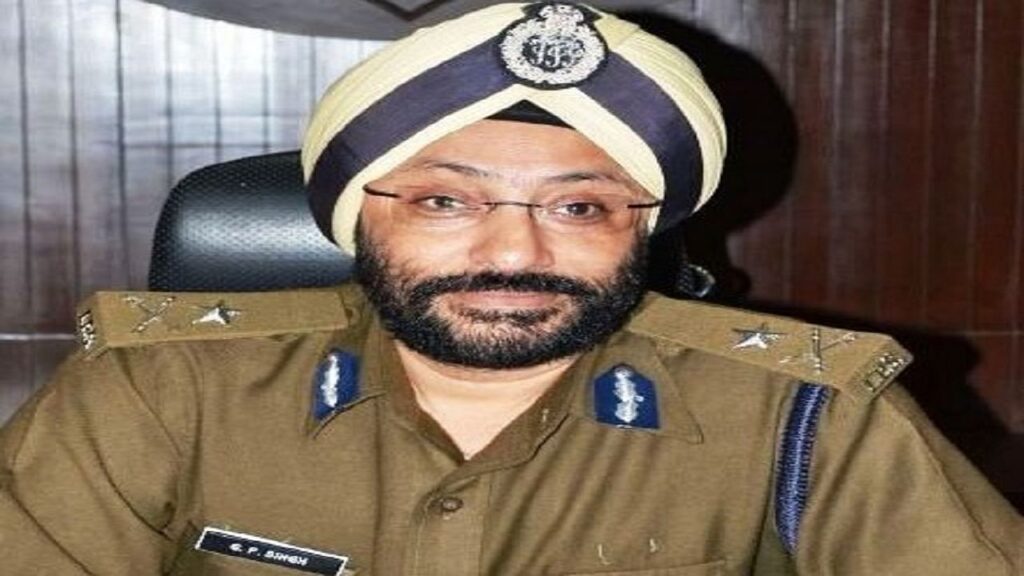 Suspended ADG of Chhattisgarh Gurjinder Pal Singh has been arrested from Gurgaon near Haryana. At the same time, GP Singh is a 1994 batch IPS officer. In the case of disproportionate assets, raids were conducted at GP Singh’s house and other places in July 2021.

Suspended Additional Director General of Police (ADG) IPS GP Singh of Chhattisgarh has been arrested by the state’s EOW (Economic Offenses Investigation Bureau) from Gurgaon near Haryana. However, GP Singh is still under suspension. At the same time, (Gurjinder Pal) Singh is also accused of not cooperating in the police investigation. During this, GP Singh was not relieved on the petition in the Supreme Court against the ban on arrest, after which he was absconding. The team first spread the message that 4 members of the team that went to arrest GP Singh have become corona, due to which they have been called back. IPS GP Singh has been booked for sedition, disproportionate assets. At the same time, the police will present him in the court on Wednesday.

Actually, GP Singh became worried after this message. He had complete information about his being in Gurgaon. On Tuesday, the team arrested him. It is being told that due to flight cancellation, they are being brought from Delhi to Raipur by road. In such a situation, by this evening the team will reach Raipur with them. After this, he will be presented in the Raipur court itself. In the case of sedition, Raipur police can arrest him from the court premises itself.

Know in which cases FIRs are registered

Let us inform that in July 2021, a case was registered against GP Singh in EOW under various sections including Prevention of Corruption Act. Along with this he was suspended. After this, the EOW summoned him several times for questioning, but he never appeared. Meanwhile, efforts continued for relief from the Supreme Court and the High Court. In such a situation, GP Singh was absconding for the last 6 months. During this, the police were also raiding continuously to arrest him.

It is worth noting that at one time the High Court did not give any relief to GP Singh, considered to be the most powerful police officer of the state and then the Supreme Court refused to give him relief. At the same time, a team of EOWS was keeping an eye on him by staying in Delhi since he did not get relief from the High Court and he was finally arrested on Tuesday. In such a situation, the team of EOW will take the arrested police officer to Raipur on Wednesday and then will be presented in the High Court. Please inform that the department of which GP Singh was the chief, there is a crime registered against him.

read this also: Chhattisgarh: Ban on entry of outsiders in the ministry amid rising corona infection, instructions to close the schools in this area immediately