Chhattisgarh: Fire in the hill of Bamleshwari temple, eight shops burnt down 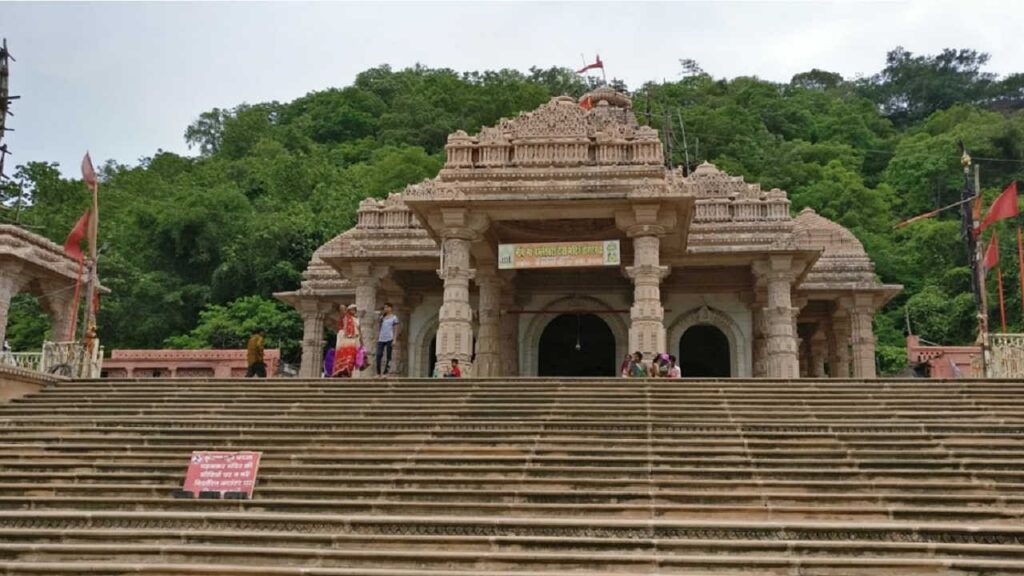 Eight shops have been gutted in this incident. The police officer said that no one was injured or injured in the incident. However, worship materials, plastic items and toys have been burnt to ashes.

Eight shops were gutted by a fire in the hill of the famous Maa Bamleshwari temple in Chhattisgarh’s Rajnandgaon district. Rajnandgaon district’s Superintendent of Police (SP) Santosh Singh said on Saturday that a fire broke out in the hill of Maa Bamleshwari temple located in Dongargarh town of the district at around 1.30 pm. Eight shops have been gutted in this incident. Singh said that there is no information about any injury or casualty in this incident. However, worship materials, plastic items and toys have been burnt to ashes.

He said that when the shopkeepers and other people present there came to know about the incident, they started trying to douse the fire and soon the fire was brought under control. The police officer said that based on the investigation so far, it is feared that the fire was caused due to short circuit. Police is investigating the case.

There are many shops located on the way to the temple.

Dongargarh town, about 110 km from the capital Raipur, has a temple of the famous Maa Bamleshwari Devi on the top of a hill 1,600 feet high. A large number of shops of worship materials, toys and other items are located in the staircase leading to the temple.

There was a fire in April too

Even before this, in April 2021, there was a sudden fire in the shops located on the hill. The fire spread in such a way that 17 shops were burnt to ashes. When a lot of smoke was seen rising, the temple staff immediately informed the manager Chintamani Thakur and the female employees working there started trying to douse the fire by pouring water. 17 shops were burnt to ashes in the raging flames.

Also read- Madhya Pradesh: Prostitution was happening under the guise of spa center in Indore, 18 including foreign girls were caught in crime branch raids