Chhattisgarh: Fire breaks out in conveyor belt of NMDC plant, fear of loss of Rs 1 crore 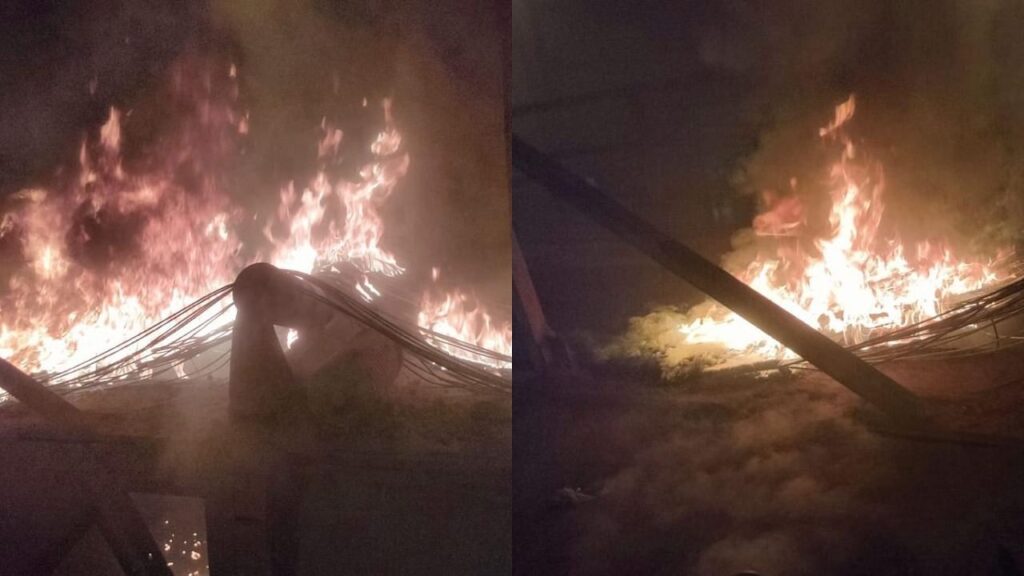 Dantewada SP Dr. Abhishek Pallav said that it is not clear whether the fire was started by Naxalites or due to short circuit.

An incident of fire has come to light at NMDC plant in Dantewada, Chhattisgarh.

An incident of fire in NMDC plant of Dantewada, Chhattisgarh has come to light. A fire broke out in the conveyor belt at the NMDC plant. In this incident, the company has once again suffered a loss of crores of rupees. However, it is not yet clear whether this fire has been started by the Naxalites (Dantewada Naxali) or whether this incident has happened due to short circuit. The incident of fire in NMDC is from Bacheli police station area of ​​Dantewada district.

According to the news, there has been an incident of arson in the belt number 28 of Down Hill Motor D of Deposit-5 of NMDC. In this incident, the conveyor belt was burnt to ashes for 100 meters. It is being told that the place where this incident of fire has come to light, CISF Camp is near from there. For this reason, CISF personnel immediately reached the spot as soon as the news of the fire broke out on Wednesday-Thursday night. That is why the fire could be brought under control in time.

After the incident of fire in the Naxalite area, the search has been intensified in the area. Dantewada SP Dr. Abhishek Pallav said that it is not yet clear whether the fire was started by Naxalites or due to short circuit. He said that the matter is being investigated. The police officer said that the Naxalites have not pasted any poster or banner on the spot. The reason behind the fire will be known only after investigation.

The incident of arson at NMDC plant has created a stir. The loss due to the fire in the plant is estimated to be around Rs 1 crore. Police is trying to digest how the fire started. In fact, being a Naxalite area, there is also a suspicion of setting fire by the Naxalites. But it is not yet clear whether the reason for the fire in the plant is short circuit or the Naxalites have carried out this incident.