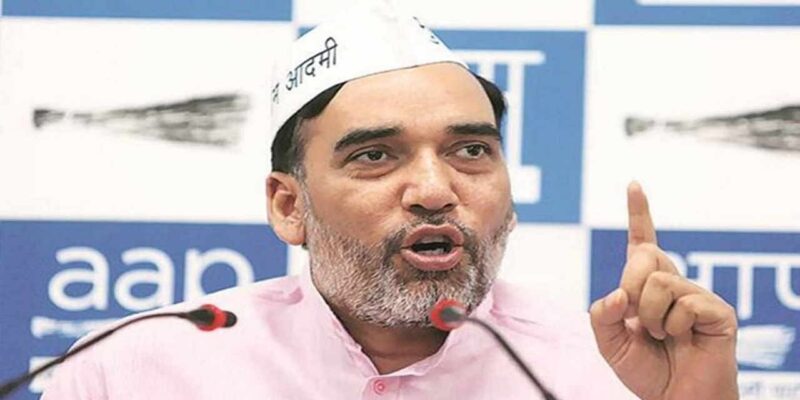 Chhath Puja to be done as per COVID Guidelines

Minister Gopal Rai said that in view of the same this year, the Delhi Disaster Management Authority has decided that Chhath Puja should be done as per the COVID guidelines. But the way BJP tried to do politics regarding Chhath Puja, it is showing that somewhere in this BJP is not concerned about the respect of Purvanchalyas. BJP is doing all this because it feels that the drowning has a lot of straw.

At the same time, the minister has claimed that BJP is going to MCD, badly people are against him. The way whole Delhi is littered with garbage. In the last 15 years, as the mountains of garbage have arisen, the BJP has given them. Today, Delhi wants to change the BJP government into a municipal corporation and the BJP feels that perhaps by doing all this, it can shine its politics again.

Minister Gopal Rai said that the issue of Chhath Puja is a matter of health, not of politics. The Aam Aadmi Party government has also taken the responsibility of saving the lives of the people of Purvanchal. A decision will be taken on the guidelines of the Central Government regarding Chhath, it will be decided on the opinion of experts and therefore yesterday the government has written to the Central Government, Health Minister to clarify the guidelines on this, according to which we want Chhath in Delhi. But worship.

Gopal Rai said that but the opinion of the central government on the infection that had come regarding water, we are expecting and will take a decision on it soon. At the same time, on Manoj Tiwari’s letter, Minister Gopal Rai said that I feel that the way BJP favored Manoj Tiwari ji after the assembly elections, he has been jumping since then, but I think this is the right time. Is.

The central government is sitting with hand on hand

SOP is already in progress for the festival

Srivalli Song out: The second song of Allu Arjun’s film ‘Pushpa’ released, how is Rashmika’s character