Chardham Yatra: Road closed for big vehicles for 3 days due to road collapse near Ranachatti, Yamunotri going to trouble 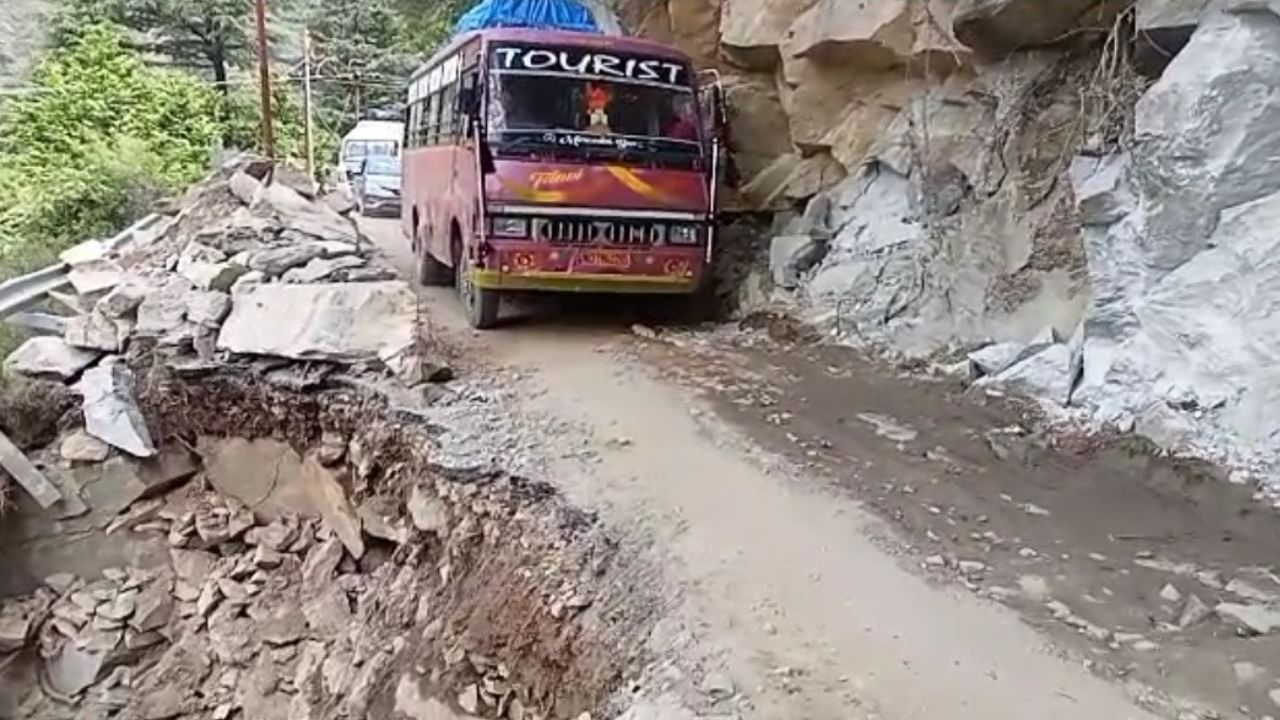 Large vehicles going to Yamunotri are being evacuated. During the Char Dham Yatra, passengers are being transported from Ranachatti in small vehicles.

Uttarakhand (UttarakhandDuring the Chardham Yatra, a 15-metre stretch of road collapsed near Ranachatti on Yamunotri National Highway on Wednesday. Because of this, during the Char Dham Yatra, big and small trains have to be called Ranachatti.Yamunotri Highway) is having a lot of difficulties in crossing. Small vehicles are passing easily but big buses are not able to move ahead of the road. After the road was closed on Badhwar, on Thursday evening, a smooth path was made for big buses by cutting the hill. But the crash (Road SinkOn Friday, the National Highways Authority of India has asked for 3 days to run completely smoothly.

Due to which now the movement of big vehicles will be banned till the completion of the work. Although the movement of small vehicles is allowed. Due to the deep gorge below and the steep hill above, the work of treatment of land subsidence remains a challenge for the department. Yamunotri is about 16 kms from Ranachatti. At the same time, Rana Chatti is about 40 kilometers away from Barkot. Large vehicles going to Yamunotri are being evacuated. During the Char Dham Yatra, passengers are being taken to Ranachatti by small vehicles. Due to this, the problem of jam has arisen on Yamunotri National Highway.

Passengers being transported to Yamunotri by small vehicles

The impact is also being seen on the number of pilgrims reaching Yamunotri Dham from Dhasav on the Yamunotri Highway. On Wednesday, May 18, 5825 devotees had darshan in Yamunotri Dham. After which this figure was reduced to 738 on Thursday, May 19. On Friday, 9403 devotees reached Gangotri Dham. About 2.5 lakh passengers have reached Uttarkashi district so far. CO Barkot Surendra Bhandari told that due to the bad road, passengers are being sent to Yamunotri in small vehicles. For this, arrangements have been made for small vehicles in Dobta. Efforts are being made to convince the passengers that they should visit Gangotri first.


Appeal to travelers to visit Gangotri before

The CO said that within 3 days, efforts would be made to complete the wall installation work on the NH. He expressed hope of fully opening the highway after three days. Disaster Management Officer Devendra Patwal said that Yamunotri Highway is open for small vehicles. There is a lot of risk for big vehicles due to a crash on the road. He told that small vehicles are being crossed. Road repair work is being done at a fast pace. Big buses going to Yamunotri are being evacuated safely. Apart from this, an appeal is being made to the pilgrims going to Yamunotri for Gangotri Darshan. Arrangements are being made for small vehicles in Barkot.