Central Vista Project: Petitioner reached the Supreme Court against the decision of Delhi High Court, objected to the fine of Rs 1 lakh 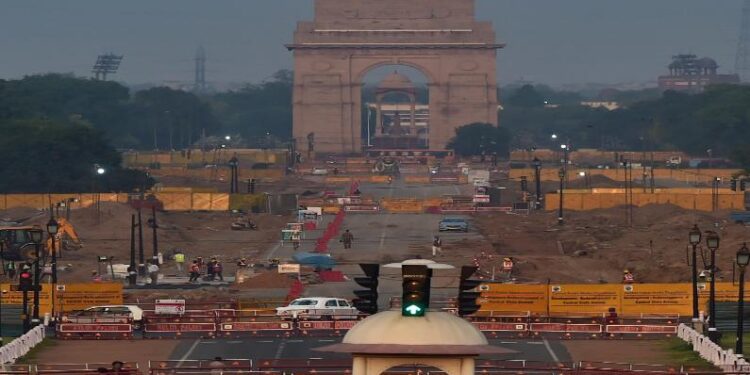 The Central Vista Project is the center’s ambitious redevelopment plan

In the appeal filed by the petitioners Anya Malhotra and Sohail Hashmi, objection has been raised to the fine of one lakh rupees.
The High Court had said in its decision that if the workers are living on the construction site, then the question of banning them does not arise. The court said that this project is a very important project of national importance. It cannot be seen and decorated by keeping it separate.

The petitioner has said in his petition filed in the Supreme Court that his petition filed in the High Court was purely about public health and public safety but its purpose was not understood nor any investigation was conducted. There was a demand to stop this project because safety norms were not being followed in it. There, adequate measures were not taken to prevent and prevent the spread of corona infection.

On the other hand, the opposition is constantly attacking the government regarding the construction of the Central Vista project. Many questions are being raised against the government regarding this. Amidst all this, the Center had said in its defense on Sunday that the Central Vista Master Plan was conceived in September 2019, several months before the outbreak of the Corona epidemic. Central Vista Development/Redevelopment Scheme is a generational infrastructure investment project.

Target to build a new Parliament building by 2022

Prime Minister Narendra Modi had laid the foundation stone of this project on 10 December last year. Under this project, a new building of Parliament House and an area of ​​3 km from Rashtrapati Bhavan to India Gate is being rehabilitated. This entire project is worth about Rs 20,000 crore. The new building of Parliament House is being constructed under Tata Projects Limited. 971 crores is estimated to be spent on this project. The new Parliament building will be of triangular shape. It is expected to be ready by the year 2022, the 75th Independence Day of the country.