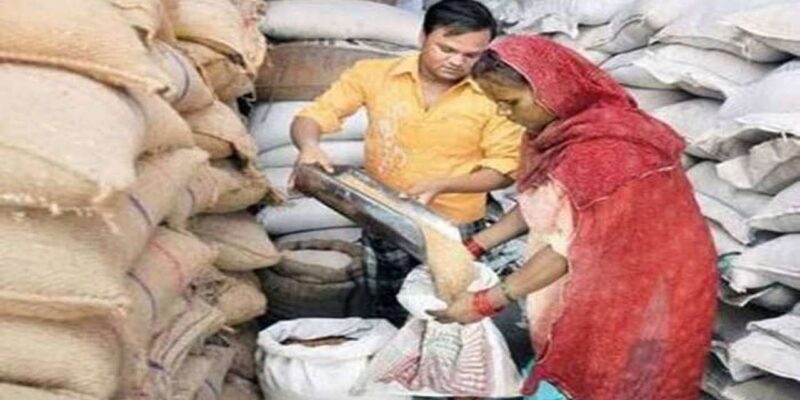 The Center has once again refused to allow the Delhi government to implement the scheme for home delivery of ration on the basis of complaints from ration shopkeepers. The ruling Aam Aadmi Party (AAP) government made this claim on Saturday. AAP’s chief spokesperson Saurabh Bhardwaj alleged that this is a clear case of collusion between the Bharatiya Janata Party and the ration mafia. On Tuesday, the AAP government sent the file of the plan to deliver ration from door to door to Lieutenant Governor Anil Baijal for the third time for his approval.

Government sources said the Center had sent a letter to the Food and Supplies Department of the Delhi government asking it to “not implement” the scheme. Last week, the Delhi High Court had approved this scheme of the government with conditions. After this, CM Arvind Kejriwal sent its proposal to the LG. This file was sent to the LG twice earlier also, but they did not approve it. The CM had said that now the High Court has cleared the way for the implementation of this scheme. He is sincerely hopeful that LG will also approve it.

About 72 lakh people in Delhi are eligible to get subsidized food. Of these, there are 17 lakh ration card holders and about 30 lakh priority homes. There are also some other categories which have been identified by the Delhi government. There is a dispute going on for a long time between the Kejriwal government and the Lieutenant Governor regarding the door-to-door ration scheme. The Kejriwal government is adamant on implementing the doorstep delivery scheme of ration, while the LG and the central government are not in favor of it.

The Delhi government had made all preparations to start the ‘Chief Minister’s house-to-house ration’ scheme from March 25, 2021, but then the Center objected to the name of the Chief Minister in the scheme. Then the Delhi government withdrew the name of the Chief Minister from the scheme. However, even after that the plan was not approved by the Center and the LG. Hearing a petition on 27 September last month, the High Court modified its order on 22 March 2021. The High Court had allowed the Delhi government to implement the doorstep delivery scheme of ration and deduct the supply being given to FPS in proportion to the beneficiaries opting for doorstep delivery.

Also read- Power Crisis: Central government has given emphasis on power generation, there is also a possibility of improving coal crisis soon

Union Minister of State for External Affairs Meenakshi Lekhi will go on a four-day visit to Serbia, will participate in the 60th anniversary of the NAM movement