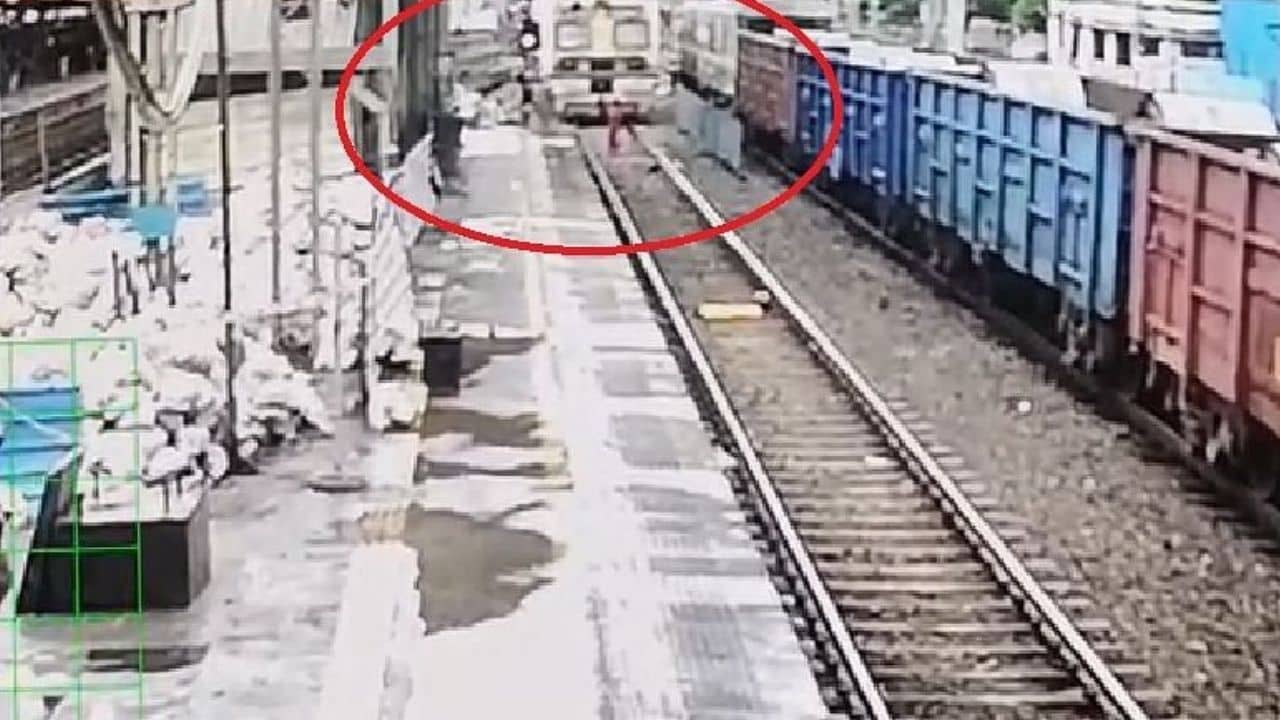 A 60-year-old elderly woman, frustrated with life, took a big step. There is a railway station named Vasai Road in Thane district adjacent to Mumbai. Going there, this elderly woman stood on the track in front of the Mumbai local train coming from the front.

Don’t know how many burdens your whole life has to bear. But today life itself has become a burden, so how to lift it? When this question comes up, sometimes a person goes through what he should never do. One such 60 year old woman took a big step after getting frustrated with life. There is a railway station named Vasai Road in Thane district adjacent to Mumbai. Going there, this elderly woman stood on the track in front of the Mumbai local train coming from the front. The motorman showed promptness and stopped the train. A railway police personnel ran and removed the woman from the track.

Carry many burdens in life, but when life itself becomes a burden, then death becomes easier than life

The woman concerned is a resident of Nalasopara, adjacent to Mumbai. Husband died a few years back. The son leaves them and lives in Pune. That is, this 60-year-old Amma raised her son from a small, made her stand on her own feet, took care of her husband, spent her life for the family. Didn’t think about myself. Always thought of husband, thought of son. Husband left the world, son left home!

Husband left the world, son left home…what else is left in life?

Therefore, getting frustrated with life, this woman decided to end her life. She stood on the track in front of the Dahanu to Andheri Mumbai local train at Vasai Road railway station. But the motorman immediately stopped the car after seeing them. After this, a railway police personnel ran from the platform and caught Amma and removed her from the tracks. This incident happened at 10.01 am on Saturday morning. This entire incident has been captured in the CCTV camera.

This is the incident seen in the eyes, life shows how the clocks do not know

When this elderly woman suddenly came on the railway track, the motorman stopped the car and blew the horn. Seeing this, Eknath Naik, a GRP police employee doing duty on the platform, ran and saved the woman by removing her from the track. The Railway Police has sent the woman to the old age home.

A 60-year-old woman was killed at the Vasai Road railway station due to a motorman’s incident. The woman was about to end her life due to the grief of her husband’s death and the depression caused by her son. pic.twitter.com/JiWE9c65HL

There will be heavy rain in Delhi, Mumbai, Thane, Konkan, West Maharashtra for three days from today, next few hours are very important

This veteran is surprised to see Shikhar Dhawan not in the T20 World Cup team, said – he himself ..