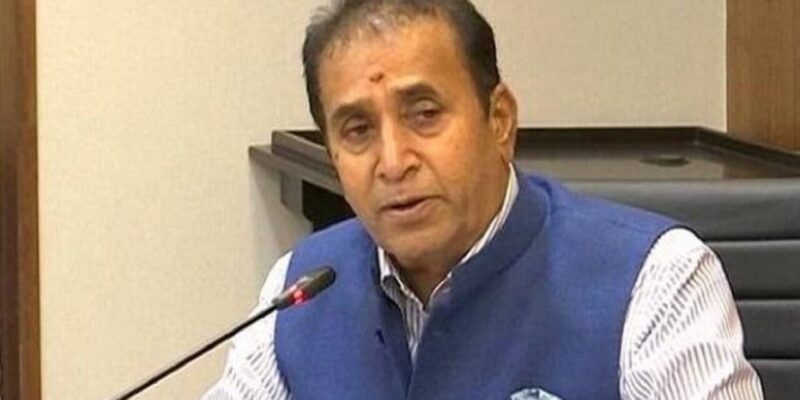 The CBI has raided the house of former Maharashtra Home Minister Anil Deshmukh in Nagpur. There is an arrest warrant against Anil Deshmukh’s son Salil Deshmukh. According to the information received at the moment, there is no family member in the house. The raid took place at eight in the morning. Six to seven CBI officers are present inside Anil Deshmukh’s house in Nagpur. There is no movement outside the house. As usual, there are as many security personnel as there are security arrangements. These security personnel of Nagpur Police are performing their duty as usual. The gate outside the house is closed.

Anil Deshmukh’s troubles do not seem to be diminishing. ED and CBI investigations are on against him in the Money Laundering Case and 100 crore vasooli gate case. Last week, a metropolitan magistrate’s court in Mumbai on Friday issued notice against Anil Deshmukh in a money laundering case and directed him to appear before the court by November 16. The ED had moved the court against Deshmukh, saying he did not appear before the agency despite summons. The ED had said that Deshmukh was summoned on four separate occasions since June, but he failed to appear citing various grounds. Today, with a warrant against Anil Deshmukh, the CBI team raided Anil Deshmukh’s house in Nagpur.

Let us inform that former Home Minister Anil Deshmukh is under the scanner of ED in the money laundering case. ED is investigating the case by registering a case against him in the recovery case of Rs 100 crore. ED has so far summoned Anil Deshmukh for questioning several times for which summons have been issued to him.

Even after issuing several summons, Anil Deshmukh has not yet been able to appear before the agency. However, his lawyers have reached the ED office and explained the reasons for his non-appearance in this regard. Anil Deshmukh had also moved the Mumbai High Court against the summons issued by the ED. The central agency probing the money laundering case has arrested Anil Deshmukh’s PA Kundan Shinde and PS Sanjeev Palande.

Maharashtra Bandh: The effect of the bandh was visible on Mumbai-Pune, Shiv Sena workers closed the highway; BJP protested