Can Muslims surpass Hindus in population? Expert said – it is not possible 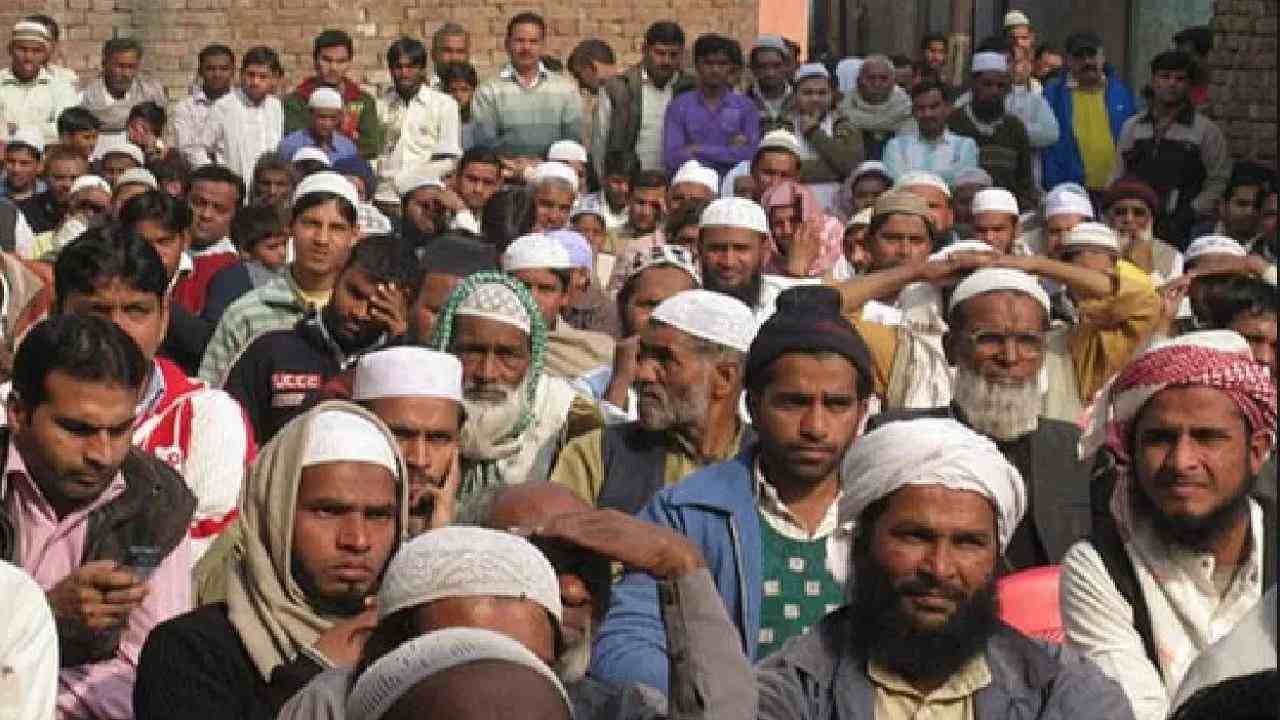 Saraswati told that India is a democratic country because Hindus are in majority, but Muslims are increasing their population by giving birth to many children in a planned manner. He made this claim on the first day of the organization’s three-day ‘Dharma Sansad’ at Mubarakpur in Himachal Pradesh’s Una district last week. Saraswati said that therefore our organization has asked Hindus to give birth to more children to save India from becoming an Islamic country. Experts contacted by PTI-Bhasha rubbished the claim which was widely published in the national media.

According to the 2011 census, 79.80 percent of the Hindu population is

According to the 2011 census, Hindu population is 79.80 percent i.e. 96.62 crores, Muslims 14.23 percent or 17.22 crores, Christians 2.30 percent or 2.78 crores and Sikhs 1.72 percent i.e. 2.08 crores. Devendra Kothari, former chairman of the National Committee to Review the Family Welfare Program, said that the growth rate of Muslim population will decrease in the next census, citing scientific analysis. The population and development expert said that in the next census, the Hindu population will increase marginally to around 80.3 per cent as compared to 79.80 per cent in 2011 census. The share of the Muslim population will either stagnate or go down.

He said that if Hindus stop having children completely and this is not going to happen, then it is not possible. Former Chief Election Commissioner SY Qureshi in his book ‘The Population Myth: Islam, Family Planning and Politics in India’ says that the population of Muslims in India can never exceed the population of Hindus. The book uses mathematical models given by former Delhi University vice-chancellor Dinesh Singh and Professor Ajay Kumar to support this prediction.

Qureshi said that this propaganda has been going on for a long time that Hindus will be left behind by Muslims in terms of population. Singh and Kumar have come up with two mathematical models – polynomial growth and exponential growth, which are fitted to population data. The polynomial growth model shows that the population of Hindus, which was 30.36 crore in 1951, is projected to increase to 115.9 crore in 2021. The population of Muslims is estimated to increase from 3.58 crore in 1951 to 213 crore in 2021. This forecast was made for 2021, as the book came out in February that year. Apart from this, the next census was to be held in 2021, but it has been delayed due to the COVID epidemic.

He emphasized that it is true that the population growth of Muslims is more than the population growth of Hindus in percentage, but the population gap between the two communities is so great that Muslims are not ahead of Hindus in spite of the rapid rate of growth. are increasing. According to official figures, India’s demographic ratio among Muslims increased from 9.8 in 1951 to 14.2 in 2011, when the last census was conducted, and declined from 84.1 percent to 79.8 percent among Hindus. However, the growth in Muslim population is only 4.4 percent in 60 years.