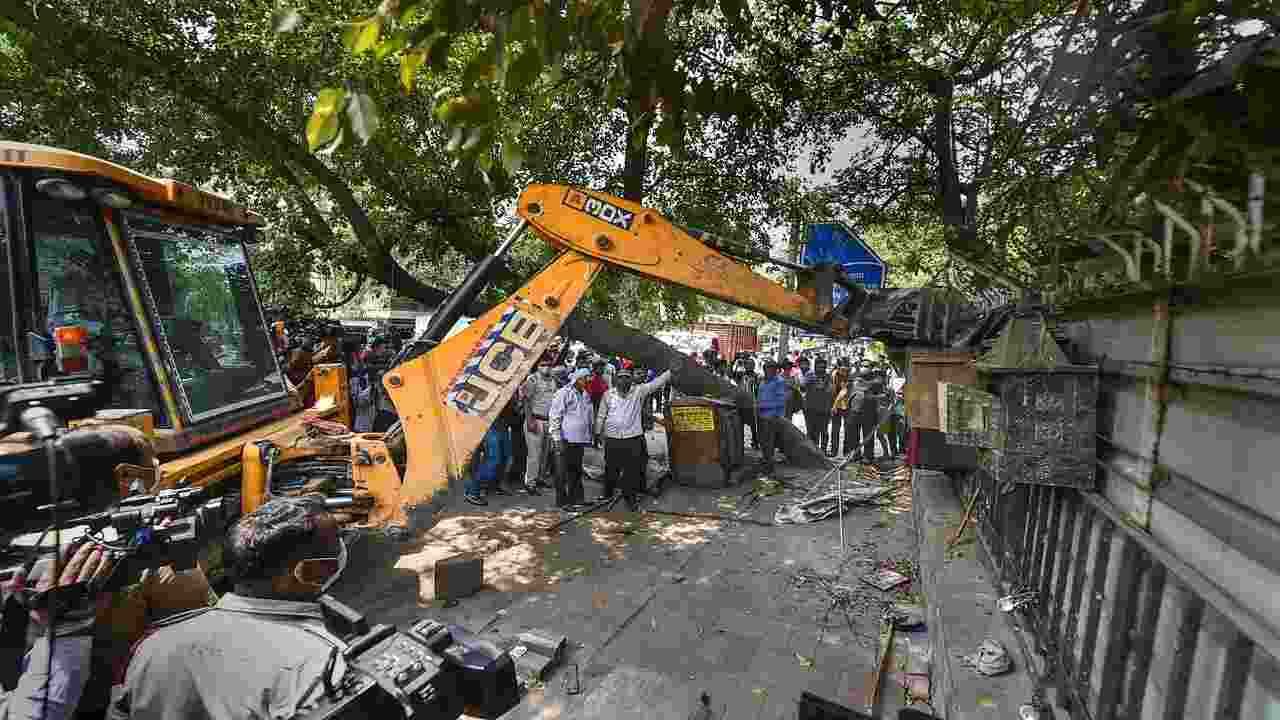 The Municipal Corporation is taking action against illegal encroachment in many areas of Delhi.

Delhi MCD is taking action against illegal encroachment till 13th. In this episode, an anti-encroachment drive was carried out in Najafgarh, Dwarka, Lodhi Colony and some other areas of South Delhi on Wednesday.

Corporation officials on Wednesday launched an anti-encroachment drive in Najafgarh and western areas of South Delhi. In which temporary structures have been removed at various places including Dwarka, Chaukhandi and surrounding areas. The action taken by the corporation was opposed by a section of the local residents. Whose videos have also come on social media. In a video, a person in Janakpuri area expressed strong protest saying, we should have been given notice earlier.

People protested against the campaign

The person said, the anti-encroachment team will have to pass over our dead bodies. A group of people and some policemen were standing next to him. South Delhi Municipal Corporation’s Western Zone President Shweta Saini said that anti-encroachment drive was also launched in Janakpuri and Chaukhandi near Tilak Nagar. He said that some local people protested in Janakpuri against the campaign. Saini told Bhasha, despite protests, an anti-encroachment drive was carried out. We have only removed temporary buildings and domes. It is our duty to remove encroachments and we will continue to take action against the violators.

Meanwhile, various Left organizations took out a march to the Lieutenant Governor’s residence in Delhi to protest against the anti-encroachment drive being carried out by the Bharatiya Janata Party-led municipal corporations. The march started from Kashmere Gate and was progressing towards Baijal’s residence when he was stopped by the police. Officials said that under the scheme, action has been taken in all the four areas of the corporation.

Action taken in these areas

A senior official said that action was taken from Akash Hospital in Najafgarh area to Madhu Vihar Bus Terminal and adjoining areas of Ward No.51S, while in Western Zone, action has been taken in Ward No.6S in Chaukhandi and adjoining areas. Officials said that the areas in the central zone where the action was taken include Mehr Chand Market, Lodhi Colony, places near Sai Baba Mandir and areas around JLN Metro station.

Action was started in the areas around Chhatarpur in the southern region. According to SDMC officials, during the campaign in New Friends Colony on Tuesday, about two kilometers of the road was freed from encroachment. After protests by local people and political leaders, SDMC officials had to return to Shaheen Bagh on Monday without taking similar action. NDMC officials on Wednesday said they have written to police officials for a planned anti-encroachment drive in areas falling under Karol Bagh zone and Rohini zone.