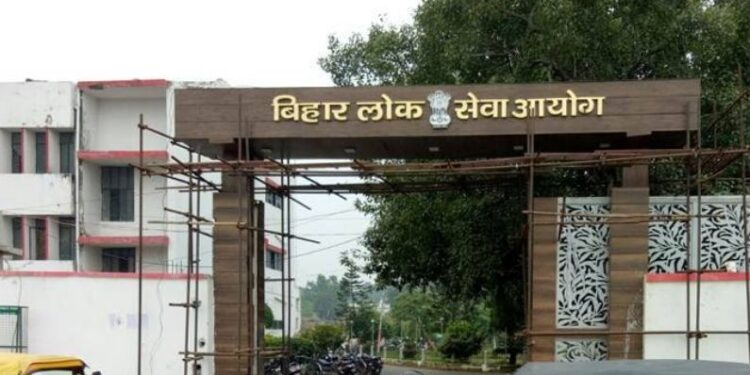 Let us inform that in the 64th competitive examination, a total of 4 lakh 71 thousand 581 people had applied for 24 departments, out of which 1454 students have been selected.

Along with releasing the exam results, the commission has also released the list of top 10 students on the website.

Bihar Public Service Commission 64th Exam Released: The result of 64th Combined Competitive Examination has been declared by the Bihar Public Service Commission. The commission released the result of the examination at 8 pm on the official website of the commission www.bpsc.bih.nic.in. If you had also applied in the Commission’s Combined Examination (BPSC Final Result), you can now check your result by visiting the official website. The candidate Om Prakash Gupta (BPSC 64th Combined Exam Topper) has secured the first position in the combined examination.

Along with releasing the exam results, the commission has also released the list of top 10 students (BPSC 64th combined exam Top 10 Topper List) on the website. Let us inform that in the 64th competitive examination, more than 4 lakh 71 thousand people had applied, out of which 1454 students have been selected. This application was issued by BPSC for various posts of 24 departments. The preliminary examination of 64th competitive examination was held in December 2018.

Applications were drawn for 24 departments

Om Prakash Gupta got the first position in the 64th Combined Competitive Examination, while Vidyasagar stood second and Anurag Anand stood third. Commission Secretary Amarendra Kumar said that in the 64th Combined Competitive Examination, applications were issued for the posts of 24 departments. In this, the PT exam was held on 16 December 2918 while the main exam was conducted in July 2019.

Also read- Haryana: The father started talking on the phone after making the girl sit in a tub full of water, 11-month-old girl died due to drowning, there was chaos

Also read- West Bengal: Due to COVID, blood donation camps are not being held in Siliguri, doctors and medical interns are saving the lives of patients by donating blood.