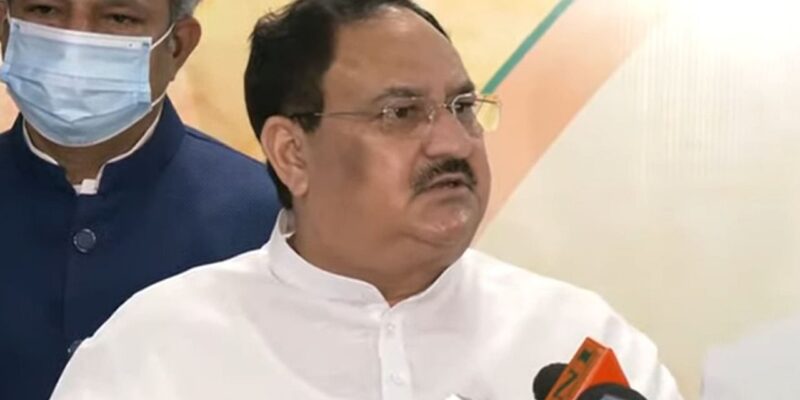 Bharatiya Janata Party (BJP) National President JP Nadda will reach Manipur on a two-day visit today to take stock of the preparations for the assembly elections to be held early next year. According to an itinerary shared by his office, Nadda will reach the Imphal airport around 12 noon, from where he will proceed to the residence of a booth president in Utlu village, and is expected to reach there by 1:15 pm .

His office said that the BJP president will address a public meeting in the village at 2.30 pm. This will be his last event for the day. On Sunday, the second and last day of his journey, Nadda will begin his day by visiting Shri Govindji Mandir at 8:15 am, and inaugurating the BJP office in Imphal at 11 am. His last event on the tour will be interactions with achievers and prominent personalities at the City Convention Center at 3:30 pm.

Ahead of Nadda’s arrival in the state, Chief Minister N Biren Singh on Friday inspected the venues that are earmarked for hosting his party chief. Singh tweeted and said, “Goes out for site inspection to prepare for the visit of National President JP Nadda ji to Manipur. People are eagerly waiting to warmly welcome JP Nadda ji. “

Assembly elections will be held next year

During the inspection, the Chief Minister was accompanied by fellow BJP leader Sambit Patra. It is known that Manipur is included in the five states where the assembly elections will be held around February-March 2022, Uttar Pradesh, Uttarakhand, Goa and Punjab are the other four states. In four other states, the BJP is in power in UP, Uttarakhand and Goa, while the Congress rules in Punjab.

Will the tension between Japan and Russia increase? Discussion intensified after this statement of new Japanese PM Fumio Kishida