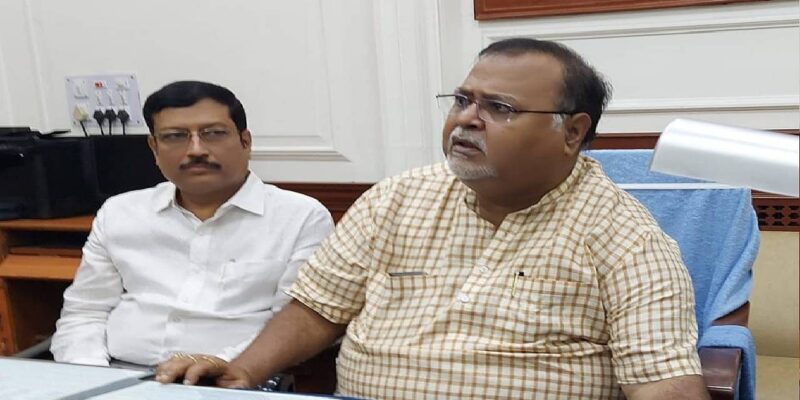 BJP after West Bengal assembly electionsBJP) are feeling jerks upon shocks. BJP State Secretary and former MLA Sabyasachi Dutta (Sabyascahi Dutta) Trinamool Congress (TMC) have returned. On Thursday, met with the first CM Mamta Banerjee in the assembly. The minister and general secretary then joined the TMC in Partha Chatterjee’s chamber. Significantly, before Durga Puja in 2019, Sabyasachi Dutta left the TMC and joined BJP. This time also he again returned to his old party.

On this occasion, Savyasachi Dutta said that there was some misunderstanding with the party. Because of this he left the party. He said whatever the party would say. will work that way. Let us tell you that till now many BJP leaders have returned to Trinamool Congress. Among them, the names of Mukul Roy, Bishnupur MLA Tanmay Ghosh, Kaliyangaj MLA Soumen Roy, Bagda MLA Bishwajit Das are prominent. The Ganges had flowed in reverse before the elections. There was a competition among TMS leaders, MPs and MLAs to join BJP. Now there is a competition to join TMC.

Savyasachi had joined BJP before the assembly elections

TMC general secretary Partha Chatterjee announced the joining of Sabyasachi Dutta and said that Savyasachi has returned to TMC again today. Today Mamta Banerjee has taken oath as MLA for the third time. On this auspicious occasion, he has returned to TMC. Let us tell you that Sabyasachi Dutta had joined BJP in 2019 just before Durga Puja. He is likely to face opposition from his arch rival Bidhannagar MLA and Minister of State Sujit Bose and Rajarhat Newtown MLA Tapas Chatterjee. However, it is being said that both these leaders and the people of their camp have been given a message to refrain from any public display of enmity.

Interestingly, after remaining mostly silent after the assembly election defeat, Savyasachi Dutta took a dig at the Bengal BJP leadership over Durga Puja. Asked whether the party is planning to continue its Durga Puja, which was held with much fanfare last year, Savyasachi Dutta termed it as a pre-poll programme. He had demanded the death penalty for the culprit for the Lakhimpur incident.

Mamata Oath Taking: CM Mamata Banerjee was administered the oath of office by the Governor in the Assembly, BJP MLA absent

Beauty Tips for Bride: Wedding date is near, so start these preparations from now