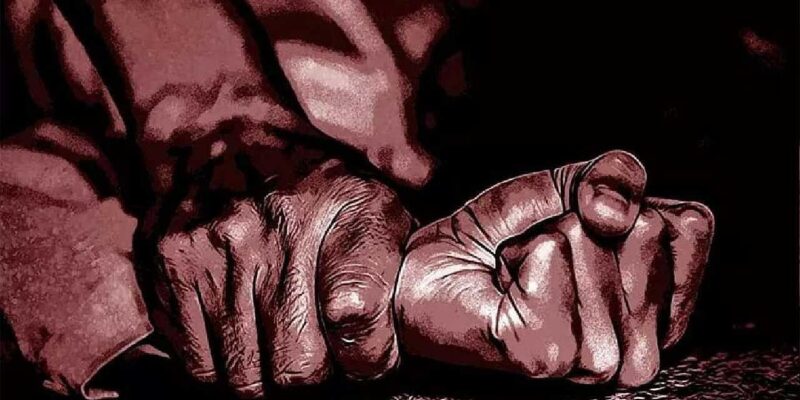 In Buxar, Bihar, a mother crossed all the limits of dignity. First, he established an illicit relationship with a non-man. After this, when the same man tarnished the respect of his daughter, instead of punishing her, he threatened and silenced the daughter. His son also supported him in this work. The victim’s brother also did not keep the shame of Rakhi and supported his mother walking on the wrong path.

This incident, which tarnished the mother’s Pak relationship, has happened in Dhansoi police station area of ​​Buxar district, where a girl has lodged an FIR against the person who robbed her honor as well as her mother and brother. It is being told that a victim of Buxar has complained of rape with her in Dhansoi police station. The victim told that her mother’s boyfriend has raped her. When she told this to her mother and brother, neither the victim’s mother opposed it nor her brother supported her.

He tried to complain many times, but the mother herself silenced her by saying that she would take the money. After this the mother took him to Surat. There too, when she talked about complaining, her mother herself threatened her with her boyfriend. After which the victim told this to her aunt and reached the police station with her help. Then the matter was exposed.

The victim told that her mother has an illicit relationship with Mahendra Singh, a resident of Govardhanpur, for 10 years. Mahendra Singh, the bodyguard of a Dabang of the village, has also kidnapped his father and sold him somewhere in the knowledge of his mother. When the accused used to come to meet his mother, he used to molest her too. On September 7, when she was alone at home, Mahendra Singh raped her by taking advantage of this. When he told this to his mother and brother, both told Mahendra to take lakhs of rupees and asked him to keep his mouth shut. But when the victim protested, she took her to the elder sister’s house in Surat and scolded her and forced her not to tell this to anyone.

A few days later, the mother returned to the village to vote in the panchayat elections. Even after the election, when the woman did not go back to Surat, the victim called the woman and she handed over the phone to the accused Mahendra Singh. After which the accused threatened her to keep her mouth shut on the phone.

Here, when the victim returned to her village, with the help of her aunt, an FIR was lodged against Mahendra Singh as well as her mother and brother. The victim has told the police that her mother has also sold her father to someone in March this year for Rs 80,000. In the matter, the woman police station chief Neetu Priya told that legal action is being taken by registering an FIR.

Now the physical hearing of cases will be held in the Supreme Court for these two days, the rule will be applicable from October 20