Bihar: Transgenders create ruckus in the middle of the road over the murder of a partner in Patna, vandalized vehicles; police chased away 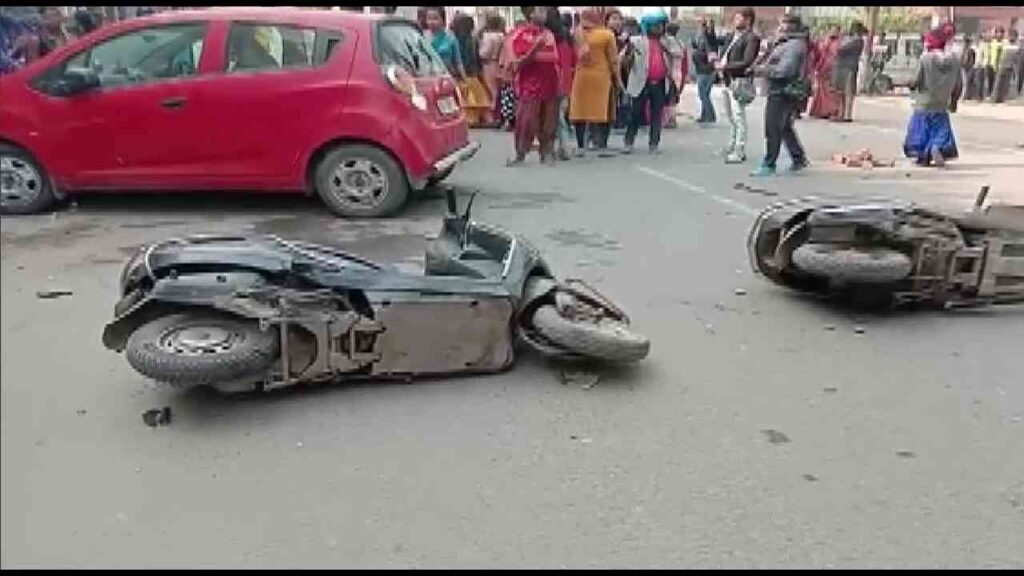 Transgenders vandalized mid-road vehicles over the murder of a partner in Patna. There was a lot of commotion. Heavy police force reached the spot and using mild force the transgenders were dispersed.

Transgenders vandalized mid-road vehicles over the murder of a partner in Patna.

In the last 24 hours in Bihar, angry transgenders created a ruckus in Patna over the murder of 2 transgenders under suspicious circumstances. Mid-road vehicles were vandalized. In such a situation, heavy police force reached the spot and using light force the transgenders were dispersed.

At the same time, the transgenders allege that the police have run and beaten them. On the other hand, the transgender Pooja involved in the protest says that a transgender was shot dead this morning. We are protesting demanding proper investigation and protection for the community.

In fact, a transgender was found injured under the Chirayatand bridge in the Kankarbagh police station area on Tuesday morning in Patna. He later died on the way to the hospital. After the death of their partner, the transgenders gathered and started creating ruckus. During this, they jammed and vandalized and arson many vehicles passing by. During this, the transgenders created a ruckus against the government and demanded the arrest of the criminals.

At the same time, the transgenders allege that their partner Soni was returning from his Jajman’s place last night after playing a song, during which his partner Soni was murdered. The criminals shot him in the chest. After which he was taken to the hospital, where he died.

On the other hand, the police is investigating the case of transgender Usha’s murder. The reason for the murder and the identity of the accused is not yet known. According to the police, all aspects are being investigated in the matter.

read this also – Bihar: Manjhi apologized for indecent words for Brahmins, said – “My words are slip of tongue, I am not Brahmin but against Brahminism”

read this also – Bihar: Bihar Credit and Appropriation Corporation Limited will sell the properties of 6 companies of Jharkhand, is not repaying the loan after partition

A total of 13,404 posts will be recruited through this vacancy issued by Kendriya…