Bihar: The truth of Muzaffarpur has come to the fore! Eyes of 15 people had to be removed due to negligence of doctors, operation theater was dirty 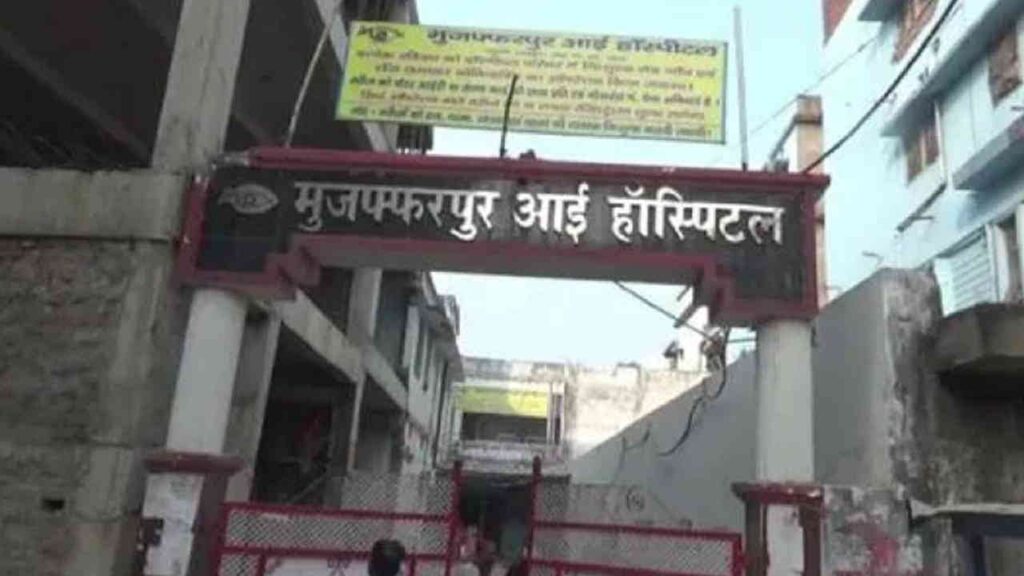 CS said that Pseudomonas and Staphylococcus bacteria have been found in the operation theater of Eye Hospital. This is a very dangerous bacteria. It spoils the eyes within a day or two.

Eye Hospital in Muzaffarpur, Bihar (Muzaffarpur Eye HospitalAfter the cataract operation, 15 people had to have their eyes removed, after which there was a ruckus. Now the investigation has revealed that the operation theater of the eye hospital was ‘dirty’ and ‘infected’, due to which such a big accident happened. In the investigation report of the Department of Microbiology of SKMCH, it has been found that highly infectious bacteria were present in the OT which can destroy the human eye in just 2 days. The operation theater was not being cleaned according to standard operating procedure.

On Monday, the investigation report was presented in front of CS Dr Vinay Kumar Sharma and the team formed to investigate the eye hospital. During this, SKMCH’s Ophthalmology Department Chairman Dr. Rajeev Kumar and Brahmapura SHO Anil Kumar Gupta were also present. The investigation report was discussed in the CS chamber for four hours and every aspect of it was understood, after which it was made public.

What came out in the investigation?

CS said that Pseudomonas and Staphylococcus bacteria have been found in the operation theater of Eye Hospital. This is a very dangerous bacteria. It spoils the eyes within a day or two. The Civil Surgeon said that this bacteria has also been found in people whose eyes were removed at SKMCH. ACMO Dr Subhash Prasad Singh said that the report of microbiology has been sent to Patna Health Department.

Patients who were sent for IGIMS treatment to Patna for eye treatment, this bacteria was also found in the investigation. Apart from this, the eyes of those whose eyes were removed were examined in the Microbiology Lab of SKMCH. Investigations in both have also confirmed this bacteria. 11 people had to have their eyes removed in SKMCH. Earlier, the eyes of four people were removed in the eye hospital. Those whose eyes were removed are still admitted in SKMCH.

Patients are still being treated

According to the CMO, 11 patients admitted to SKMCH will be discharged only after complete recovery. Dr. Rajiv Kumar Sinha, Chairman, Ophthalmology Department of SKMCH told that the condition of the patients is improving. He will not be discharged from the hospital until he is fully recovered. Doctors are monitoring his condition.

What is this bacteria?

Pseudomonas bacteria are found on soil, water and plants, besides it is also found in moist places. Pseudomonas bacteria also grow rapidly on equipment used for treatment and operation. It mainly infects the skin, eyes and ears. People who have weak immunity, it bothers them more. When it enters the eye, it causes redness, swelling and pain in the eye. It spreads when the staphylococcus bacteria come in contact with any infected material.