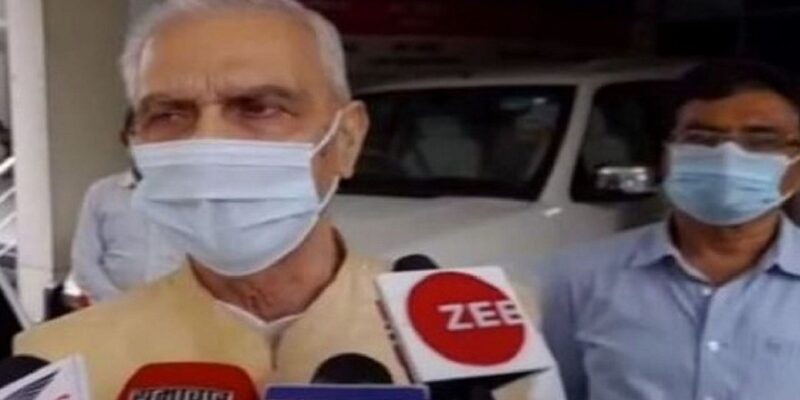 Will no longer demand special state

On the demand of giving special status to Bihar, JDU leader and Bihar government minister Vijender Yadav has said that he will not demand it from the central government. They said how much to demand, they are tired of demanding.

After the caste census between the two major parties of Bihar’s power, now the special state status (Special StatusDifferent statements are coming out on the issue. A day ago Nitish Kumar (Nitish Kumar) had asked the Central Government to reconsider it on the caste census and had asked to sit and discuss it in Bihar. Now JDU leader Vijender Yadav (Vijendra Yadav) has said that his party will not demand special status for Bihar from the central government.

Bihar government minister and JDU leader Vijender Yadav has said that, now how much to demand, we are tired of demanding, no hearing is being held. The Bihar government has been demanding special status for the state for the past several years. 7-8 years have passed since making demands. But till now the central government has not paid attention to this. Here, for many years, the Nitish government is tired of demanding special status for Bihar. Therefore, after giving up, now the party has distanced itself from this demand.

“Tired of asking and will not demand now”

In this regard, several times an attempt was made to remind the center from the state side. It was sent to the Center after being passed by the Bihar Legislature. Many times a demand was placed before the central government on this issue. But there was no result. Now the State Planning and Development Minister Vijendra Yadav has created a stir in the political corridor by making a big statement regarding this. He said that they are tired of demanding special status. Now we do not want to make any demand on this issue.

“Centre should reconsider the caste census”

On Sunday, Chief Minister Nitish Kumar had also reiterated the demand for conducting a caste census. After meeting with Home Minister Amit Shah on Naxalism in Delhi, Nitish Kumar said that what we have said about caste census is absolutely correct. We have been saying from the beginning that there should be a caste census. The issue has been unanimously passed by the Legislature. He said that we would only urge that the central government should reconsider this decision and get the caste census done.

Also read- Exclusive: IAS topper Shubham Kumar told from Tv9 Bharatvarsh – Bihar has a rich history, we are proud to be Bihari

Also Read – Lalu Yadav’s Indifference And Tej Pratap’s Silence… Is All ‘All Is Well’ In RJD?