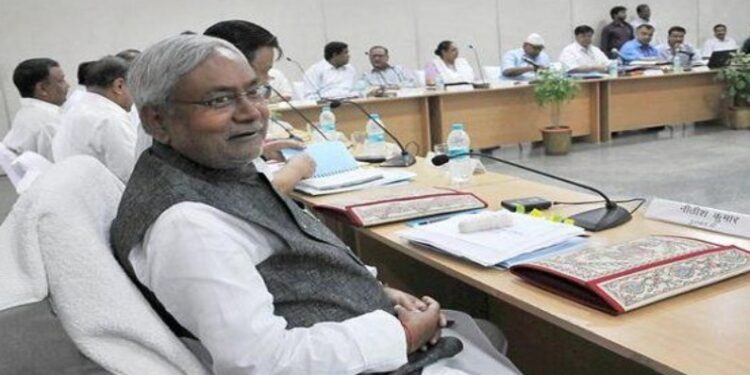 This is the first time in the state that advisory committees will work in place of the three-tier Panchayat Raj. Changes have also been made in the names of posts in the Panchayat system.

The guidelines related to the formation of the Consultative Committee, which will run after the end of the three-tier Panchayat program in Bihar, can be stamped today.

A big meeting of Bihar cabinet is going to be held today at 4.30 pm. In this meeting, the guidelines related to the formation of the Consultative Committee, which will run after the end of the three-tier Panchayat Program, can be stamped. An ordinance has been brought by the government to amend the Bihar Panchayati Raj Act. On June 3 itself, Governor Fagu Chauhan had approved the amendment in the Panchayati Raj Act and the proposal for the formation of the committee.

In Bihar, on June 15, the old Panchayati Raj system and village court is going to be dissolved. It was formed in 2016. Now the Consultative Committee will work from June 16. This is the first time in the state that advisory committees will work in place of three-tier Panchayat Raj. Along with this, the names of the posts in the Panchayat system have also been changed.

Consultative committees will work in place of Panchayat Raj

Now the head will be the Principal Consultative Committee, Gram Panchayat

The new name of the head of the village will now be the Pradhan Consultative Committee, Gram Panchayat. The Principal Consultative Committee will function like a newly elected chief. At the same time, now the Block Panchayati Raj Officer Circle Inspector will work as the representative of the government. They will not have the right to vote. Let us inform that there are a total of 11 thousand 491 Panchayat Samitis in Bihar. There are 1 thousand 161 Zilla Parishads.

Also read- ‘BJP-JDU together just to eat the cream of power’, RJD tightens amidst the tussle in NDA in Bihar